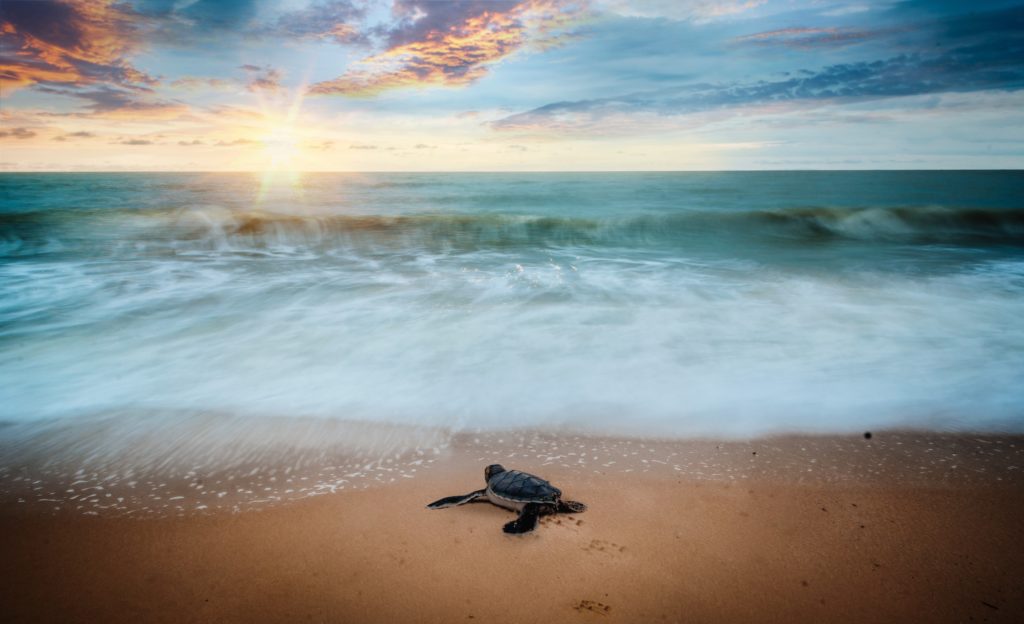 Sea turtle nesting season is underway. Here’s what you should know.

CLEARWATER, FL — With the 2019 sea turtle nesting season underway, the Clearwater Marine Aquarium is keeping a close watch on one special nest.

A rare Kemp’s ridley sea turtle has made a nest at an undisclosed location on a Clearwater beach.

Listed as critically endangered by the International Union for Conservation of Nature and Natural Resources, the Kemp’s ridley sea turtle faces an extremely high risk of extinction in the wild in the immediate future, according to the Sea Turtle Conservancy.

Beach combers happened to stumble up the next on May 9, nine days after the start of the nesting season, which runs through Oct. 31. They immediately alerted the aquarium, which roped off the nest and posted a sign warning the public not to enter the area.

“Kemp’s ridleys are critically endangered, and the rarest sea turtle in the world,” announced the aquarium in a Facebook post. “It is rare that they nest on the beaches in our area, so this is remarkable.”

Kemp’s ridley sea turtles inhabit the Gulf of Mexico and the western North Atlantic Ocean, according to the Florida Fish and Wildlife Conservation Commission. Its only major nesting beach is an area called Rancho Nuevo on Mexico’s Gulf coast. However, they can be found occasionally on Florida and south Texas beaches. Only about a dozen made nests in the United States last year.

There are only 7,000 to 9,000 nesting females in the world. Females nest every one to three years and lay an average of 110 eggs in each nest, which incubate for about 55 days.

The Kemp’s ridley is named after Richard Kemp, who helped discover and study the turtle. No one is sure why it is called ridley, possibly due to having similar nesting behavior as the olive ridley sea turtle found in the Pacific and Indian oceans. Adults have a dark gray-green carapace while the hatchlings are jet black. The average length of an adult carapace is about 2 feet and adults weigh between 70 and 108 pounds.

They have powerful jaws that allow them to crush and consume crabs, clams, mussels and shrimp. They also dine on fish, sea urchins, squid and jellyfish.

In the meantime, two Loggerhead sea turtle nests were discovered by turtle watchers on Madeira Beach Wednesday and marked with warning signs.

Loggerheads are the most common sea turtle to nest in Pinellas County. The eggs in each nest will typically incubate for 50 to 60 days before hatching.

Staff and volunteers conduct early-morning patrols to locate new nesting sites. The turtle watchers also mark the nests and rope them off to prevent them from being disturbed.

Tampa Bay beaches average about 120 nests each season, and each nest can contain an average of about 100 eggs.

Both Kemp’s Ridley and Loggerhead turtles are protected under state and federal law, and disturbing their nests is illegal.

When the eggs begin hatching, usually starting in July, the hatchlings will immediately head toward the water. Residents and visitors who spot a hatching should never pick it up, shine lights toward it or use photography equipment with a flash. Hatchlings use starlight and moonlight reflecting off the water to find their way to the ocean. If they become misled by artificial light, they can become disoriented and die.

It is equally crucial for residents and visitors to stay away from adult female turtles. If a female is spooked, she may return to the water without laying her eggs.

Most of Tampa Bay’s beach communities have ordinances prohibiting lighting that casts glare onto the beach during turtle nesting season that could send hatchlings astray.

To report the disturbance of a sea turtle nest or sightings of hatchlings that are lost, stranded or wandering in the street, call the Florida Fish and Wildlife Conservation Commission Division of Law Enforcement at 1-888-404-3922, or *FWC from a cell phone.

During nesting season, residents and visitors should do the following: