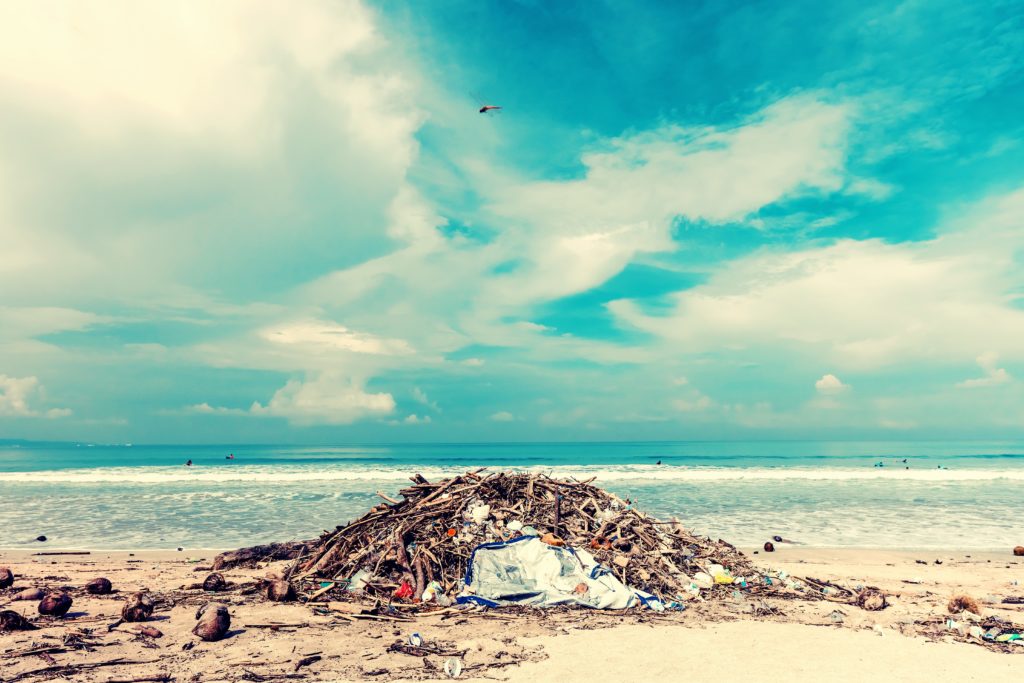 TREASURE ISLAND — City commissioners decided to table a resolution to join other cities in a home-rule battle with the state Legislature over the right to ban plastic bags and foam containers.

During the Jan. 21 regular meeting, Commissioner Deborah Toth asked the commission to adopt a resolution to support state Senate Bill 182, which would rescind a Florida Statute passed in 2008 that prevents local governments from passing any legislation restricting use of plastic shopping bags and polystyrene containers.

In his backup information, City Manager Garry Brumback noted “the policy and purpose of this resolution is to protect and defend the basic premise of home rule, allowing the commission to decide what rules and regulations are in the best interest of the community of Treasure Island.”

He added, “the expansive use of single-use plastic bags and polystyrene containers and their typical disposal rates creates an impediment to the city’s waste reduction and recycling goals, while creating unsightly litter. Reusable bags and biodegradable containers are considered to be the best option to reduce waste and litter, protect wildlife and conserve resources.”

He noted the city patterned its resolution after a similar one in South Florida, before realizing there was opposition to it on the commission and it should be brought up for discussion.

Commission Tyler Payne, who was invited to Tallahassee by the Pinellas County legislative delegation, told fellow commissioners this is not the time to pick a losing battle with state officials, because the city has $1.2 million worth of appropriations requests going through the Legislature.

He said his trip offered “a unique opportunity to speak to some of the legislators and gain a better understanding of the whole system up there.”

“While I am a huge proponent of home rule, and fully acknowledge there is a concerted effort in Tallahassee to undermine home rule, I think we need to take a few things into consideration before passing something like this,” Payne said.

He explained the Legislature has already preempted regulation of foam containers and this bill is asking them to undo that regulation.

“It’s sponsored by all Democrats in Senate and House. I’m not trying to make it into a political issue, but they are in the minority in both houses in Tallahassee so it’s very unlikely to pass,” he said. “This is a kind of a losing battle, so I am nervous about jumping on some sort of sinking ship and associating ourselves with this bill. The only thing we stand to gain is a bad reputation with Republican lawmakers, by going against what they already enacted. It’s not in our best interest.”

Payne reminded commissioners the city is looking to receive appropriations for roadway and other projects that are going to need support from state legislators.

“I’m hesitant to do something like this and put a target on our foreheads, when we have a lot of money pending through the Legislature right now,” he said.

“The Legislature has a very favorable view towards cities in Pinellas County,” Payne explained. “In talking about all the legislation attacking home rule, it’s nothing originating in Pinellas County. It’s all other cities that they have a problem with, around the state, that are enacting overzealous regulations like regulating Styrofoam boxes or plastic bags.”

Under current law, cities can still restrict use of foam containers or plastic bags on city-owned property and by parties contracting with the city.

Payne said the best way to approach the attack on home rule is “to work with legislators to modify any bills so they don’t go overboard. The biggest issue they have with cities is when they flat-out oppose a bill or ask them to undo something they have already done. They are willing to make amendments and listen to make reasonable changes. It’s better to work with them and say, ‘Here’s what we think you can do to make it better.’”

Commissioner Heidi Horak said she agreed with Payne’s additional assertion that the city should not support restrictions that would impact local businesses and make things more burdensome for them to survive.

She added she does worry about anything involving preemption “because we are going down a slippery slope with this home-rule thing.”

Commissioners voted 3-1 to table the idea to adopt a resolution, with Payne voting against because he did not want it tabled with the possibility that it could be revisited.

In other items, commissioners asked staff to consider changes to the city’s residential parking pass ordinance that is currently being revised. Payne asked whether two passes could be purchased by each household, rather than having a one-pass restriction.

Horak asked staff if there is a way business owners can also purchase a parking pass.

He added he will study commissioners’ request to give residents the ability to purchase an additional household pass and determine whether a business-owner pass is feasible.

Residents can currently purchase a $45 parking pass that allows them to park for free in designated metered areas around the city. They would break even if they used the pass to park in one of those areas at least 18 hours each year, Munger noted.

Commissioner Deborah Toth said she has also heard requests for additional residential passes and for the ability of businesses to be included.

Munger said the changes, which the commission could adopt at the Feb. 4 meeting, allow for future adjustments of the permit price based on rates adopted in the annual budget. It contains language that further clarifies only one pass can be purchased by each household every year, noting that “property owners who own multiple properties in Treasure Island are permitted to purchase only one resident parking pass annually.”

“These exclusions are vital for the current and long-term availability for federal beach renourishment funds,” Munger said.