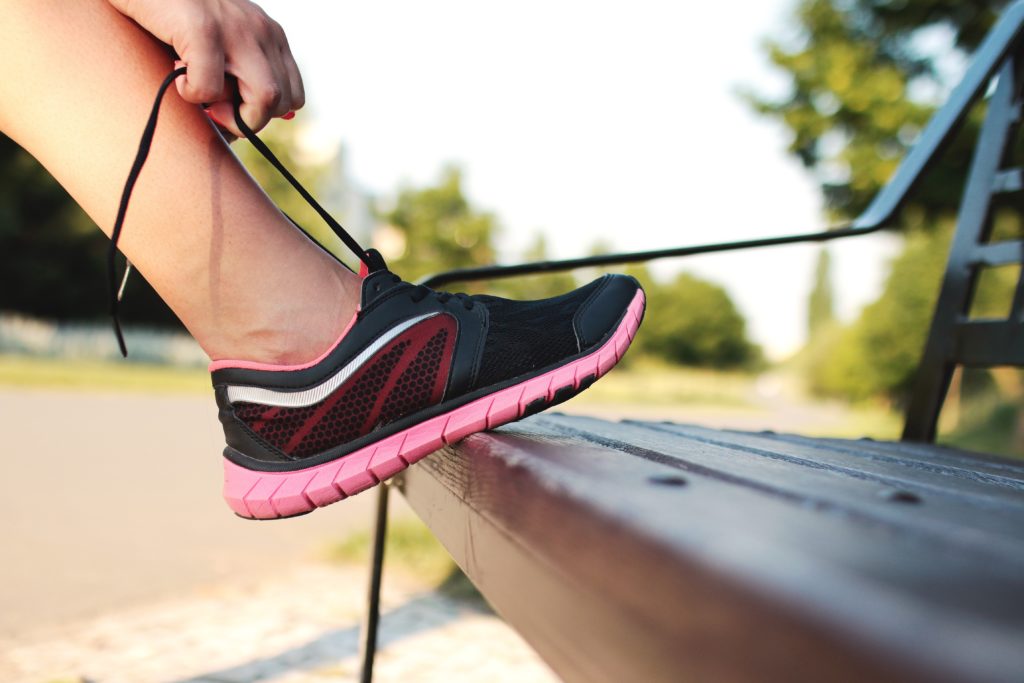 Swimming was her primary sport – she was even hired as a mermaid at Weeki Wachee Springs in the early 1970s – but several years ago, a shoulder injury forced her out of the pool.

Looking for new ways to stay fit, she decided to take up race walking, and began training with Andy Cowing at Specific Sports Training in Seminole.

Two years later, Hartmann won gold in the 5K race at the 2018 Florida Senior Games in her age group, 60-65, qualifying her for the national competition in Albuquerque, New Mexico in June.

Not only that, but every member of the race walking team from Specific Sports Training qualified to compete in the National Senior Games.

Not only that, she added, but team members Karl Hughes and Sharon Haley were both overall 5K winners in the male and female divisions, respectively.

Hartmann is amazed by the transformation the team has made in such a short time period.

“Andy started with a bunch of misfits, like myself,” she said. “Our bodies were out of alignment and out of shape. You get off the couch and it hurt. Two years later, and we have gold medals.”

Though the group trains together, Cowing offers personalized training to individuals based on their body shape, posture and other factors, she said.

“There’s a lot to know,” she said. “You think walking is just walking, but it’s not at all.”

Specific Sports Training offers beginner classes in a variety of sports, from race walking to skiing, with a focus on form. This is how Hartmann started training with Cowing before graduating to small group and one-on-one training.

She added, “Whatever sport it is you do, he can make you better and faster. He watches your body and how you move, and then assesses it.”

Hartmann, a member of the Seminole Chamber of Commerce board, also hopes the success of her team inspires others to get active.

“We hope this can be motivating for people so they can get up and get out there,” she said. “I never in a million years thought I’d be doing anything like this, with a gold medal and heading to nationals. If I can do it, then others can.”

She added that the chamber’s annual Seminole Stampede, an annual 5K- and 1-mile-event for runners, power walkers and race walkers at Walsingham Park, is a good place to start. This year’s event will take place Saturday, March 23.

“There’s plenty of time for people to start training for it,” Hartmann said.