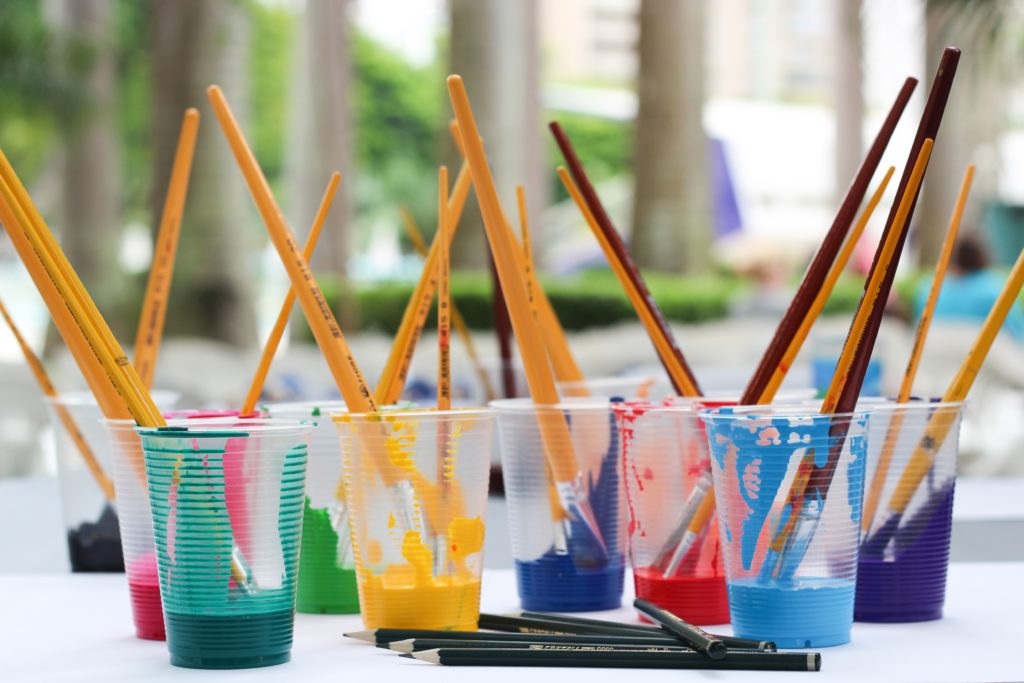 SEMINOLE — When Demeree Barth applied for an opening to teach art at Seminole Elementary School last year, she told herself that if she got the job she would “bring all the surprises” to the school.

“I was super excited about the possibility of coming to this school,” she said.

Once hired, she stayed true to her word, and last fall Barth applied for a grant through Pinellas County Schools to bring artist Heather Richardson and her project SHAMc ARTreach based out of the Safety Harbor Arts and Music Center to Seminole Elementary. Through this program, Richardson, a mosaic artist, and other SHAMc artists promote education in fine arts, visual arts and the performing arts by bringing projects to schools and other community organizations.

Barth, an artist, has attended events at SHAMc, where she met Richardson, who told her about ARTreach. Once the grant was submitted, Barth and Richardson began designing a mural that would include both mosaic and painted components.

At the end of April, Barth, who teaches kindergarten through fifth grade, began working with her students.

“Every kid had a hand in something for this mural,” she said. “Every kid in the school made a tile or more and glazed it.”

The following week, Richardson, “the tile queen,” brought even more tiles for the project, Barth said. Working with students, they organized the mosaic design for the mural. They installed the mosaic the first week in May.

Barth also brought in Clearwater muralist Beth Warmath for the painted portion of the mural.

The students “loved” the project, Barth said. It was also important for them to meet “artists that are working and having a professional career doing this,” she added.

The new mural, which features a large mosaic dragonfly, can be seen on a wall by the car circle near the front office.

“I wanted it to be at the most visible place to visitors to the school,” Barth said.

The project was such a success that she’s hoping to bring Richardson and SHAMc back next year to create another mural on the other side of the school near the bus circle.