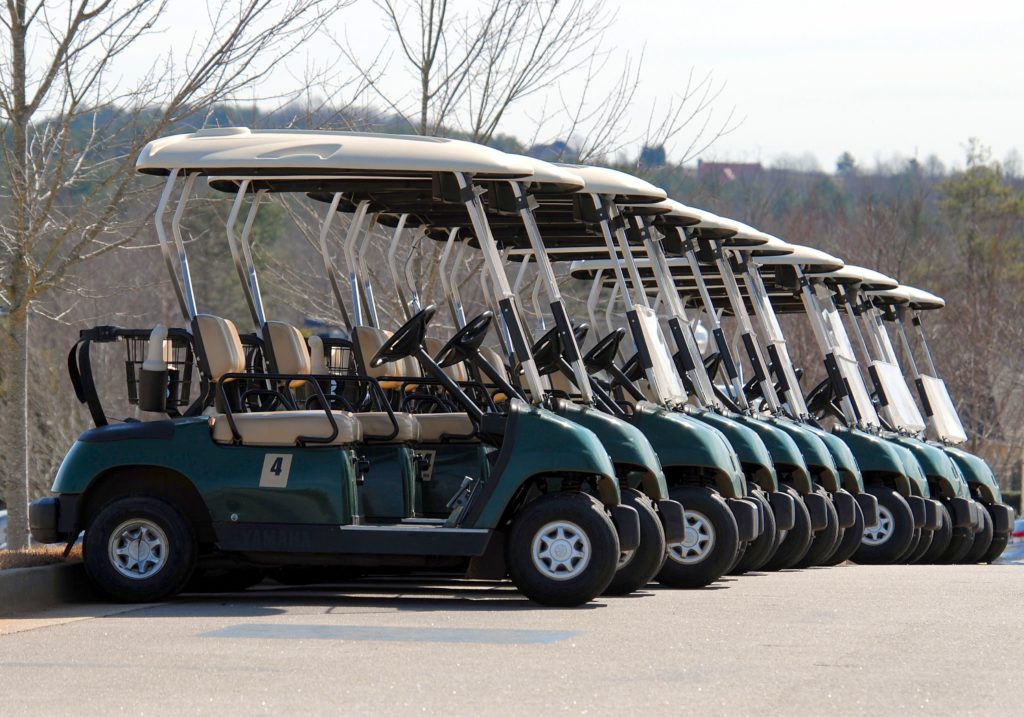 INDIAN ROCKS BEACH — For many years the city has allowed golf carts to drive on residential streets in the community. Supporters of the law cite the lack of pollution, the noise factor and other advantages over motor vehicles.

However, all is not well as the City Commission heard complaints from residents at the regular meeting March 26. They were complaints relating to pedestrian safety because of inconsiderate golf cart drivers.

Former Commissioner Phil Wrobel complained that the problem with the carts is growing.

“I moved here in 1997, and the problem with the carts on the sidewalks is getting worse and worse,” he said.

That gave rise to resident John Thayer, who agreed that the problem is growing.

“It has been getting worse lately,” he said. “Is there any enforcement? I don’t see any.”

“Bay Boulevard is like a race track for golf carts with young people driving, and one of these days there is going to be a bad accident.”

City Manager Gregg Mims said a person driving a golf cart must have a driver’s license.

“We always have two deputies on duty at all times so if you see young people driving a golf cart then call the police,” he said. “They actively talk to parents.”

On a related topic, Mims said city officials have applied for a grant from Duke Energy to have two charging stations for electric cars be installed in town. He said getting the grant isn’t something that happens overnight.

“It is a competitive process,” he said. “Bigger cities are getting many charging stations installed. Once we get approval we’ll have one here at City Hall and the other in the triangle Business District.”

The new owners of the Red Lion pub on Gulf Boulevard received unanimous approval from the Commission to operate with a liquor license in the city.

The approval came after commissioners quizzed the new owner, Tom George Jr., who had to agree to provide 25 parking spaces and keep the seating down to 98.

The biggest issue, however, was the concern over noise and rowdiness.

“We won’t tolerate those issues,” said George. “We are all about the community, sports teams and so on. Eddies in Dunedin, one of our properties, has been nominated for business of the year more than once.”

George said they will institute a dress code to keep the wrong people out of the place. He made that comment after one of the commissioners related the ongoing issue of patrons urinating outside the premises.

“We will be talking to the police and we are installing 36 cameras to keep watch. The Red Lion has been lacking some love,” he said. “We will do a total rehab on the building and we will be complying with all the codes.”

When George and his family first bought the Red Lion they intended to rename it Hurricane Eddies, but they soon changed their mind.

“The first day we were in business the whole town descended upon us, 300 people. They wanted to keep it the Red Lion so we agreed.”

Mayor Cookie Kennedy presented an award to Mary Rose Holmes, one of the Plein Aire Cottage artists. The award was in appreciation for the group bringing attention to the city for their efforts to save the beachfront cottages through their paintings.

Holmes, Helen Tilston and Violetta Chandler make up the group and recently a documentary which told their story won an award at the annual Gasparilla Film Festival.

“What town has a documentary about them,” asked Kennedy as she presented the award to Holmes. “I don’t think even New York City has had one, what an honor.”

In accepting the award Holmes thanked the city and the various civic organizations and residents for their support.

“It would not have happened without you,” she said. “This international award-winning documentary will undoubtedly bring even more tourists and visitors to our city and will bring even greater prosperity to our beautiful town.”

“To Indian Rocks Beach, thank you for the love,” she said.

Commissioners Phil Hanna and Diane Flagg were sworn in by City Attorney Randy Mora. Hanna was re-elected March 12. He has been on the commission for 10 years.

Flagg is beginning her first term.

“I am honored and take this very seriously,” she said. “Together we can make a difference.”

Flagg replaced Phil Wrobel who resigned after one term.

Because of the changes there was some readjustment of duties among commissioners. Kennedy will continue to represent IRB on the Barrier Islands Governmental Council, Commissioner Nick Palomba takes over as deputy mayor from Commissioner Ed Hoofnagle. That position rotates among the commissioners and changes every two years.