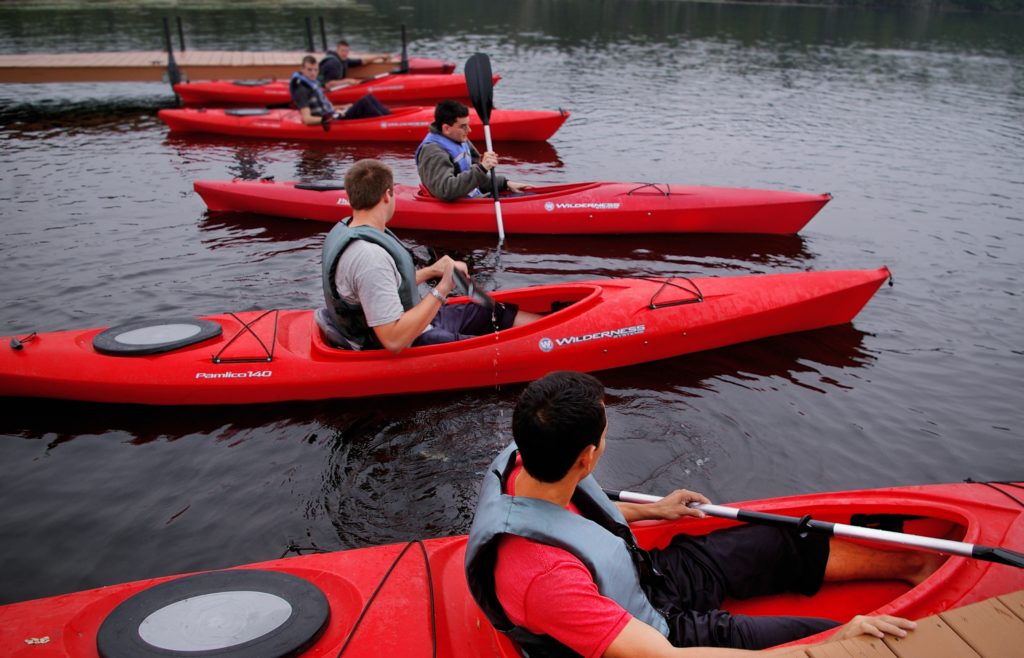 Michael Bochniarz of Largo got the chance Thursday to personally thank the people who saved his life.

From Pinellas County: Michael Bochniarz of Largo got the chance Thursday to personally thank the Pinellas Regional 911 telecommunicator and two of the first responders who saved his life on Feb. 6 after his kayak capsized off Indian Rocks Beach coast.

The emotional reunion between Bochniarz, 65, dispatcher Mackenzie Espinoza and Pinellas Suncoast Fire Rescue responders Kaitlyn Armstrong and Richard Funderburk was coordinated by Pinellas County Marketing & Communications in Indian Rocks Beach. It also provided an opportunity for Pinellas County Regional 911 Director Chuck Freeman to tell the media about a new tool called RapidSOS NG911 Clearinghouse that can cut down on the precious time needed to locate 911 mobile callers. Pinellas County recently took action to access data from RapidSOS through RapidLite, a secure tool available at no cost to public safety agencies.

“It’s a software program that allows us to use not only the GPS coordinates of the phone, but it also allows us to use Wi-Fi and technology that’s inherent in the phone to be able to locate the caller,” said Freeman.

Bochniarz was fishing about a half-mile off the coast when conditions in the Gulf of Mexico became rough. As he attempted to pull up his anchor to return to shore, his kayak capsized, dumping him into turbulent 56-degree waters. He was able to hold his cell phone above the waterline and use voice activation to call 911. For several anxious minutes, Espinoza kept Bochniarz from panicking, as supervisor Brian Gallaher inputted coordinates into RapidSOS Through the quick action of all involved, a rescue boat from Pinellas Suncoast Fire Rescue reached Bochniarz within 23 minutes of his call and return him safely to shore.

“I’m very, very happy to be alive here today,” Bochniarz said Thursday. “The experience was unforgettable and very shocking to me. Minutes seemed like hours to me; the water temperature was so cold. But without this modern technology, I know I wouldn’t be here today. And the fast response to get me, I couldn’t thank the people enough.”