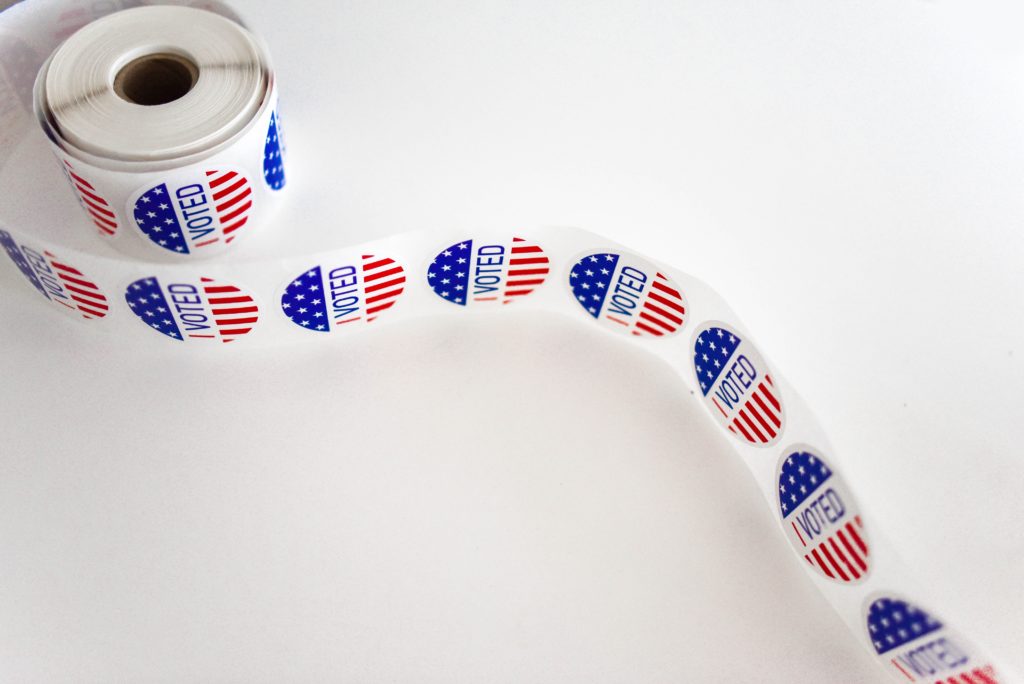 Voters will get an opportunity to pick their favored candidates to serve as mayor, councilmembers or commissioners. Some will be asked to answer yes or no to referendum questions.

The last day to register to vote in the March 12 election was Feb. 11. Voters eligible to participate total 54,395. The Supervisor of Elections was reporting a 14.64 voter turnout as of March 1 — all returned mail ballots.

Thousands of mail ballots have been sent out to eligible voters. Mail ballots must be returned to a Supervisor of Elections office by 7 p.m. March 12. They cannot be turned in at a polling place.

As of March 1, 7,962, or 35 percent, of the 22,664 mail ballots distributed had been returned. Indian Rocks Beach voters (who also live in PSF&RD service area) had returned the highest percentage of ballots mailed, 44.71 percent, followed by voters in Belleair Beach (who also live in the PSF&RD service area) at 41.24 percent. Tarpon Springs voters had the third highest percentage of ballots returned at 37.28 percent, followed by voters in PSF&RD service area (excluding Belleair Beach and Indian Rocks Beach) at 34.73, Madeira Beach at 33.48 percent, Gulfport at 33.38 percent and Oldsmar at 29.04 percent.

Polls will open at 7 a.m. and close at 7 p.m. For a list of polling places, sample ballots and other election information, visit votepinellas.com.

In Belleair Beach, voters are asked to decide between incumbent mayor Leslie Notaro and challenger Joseph A. Manzo. They can vote for three out of a field of five for councilmember. Names on the ballot include Todd Harper, who is the only incumbent running for re-election, and Robyn Ache, Dave Gattis, Steve Marsh and Rita Swope.

In Indian Rocks Beach, voters can pick two out of the three names on the ballot, including incumbent Phillip J. Hanna, and challengers Diane Flagg and John Pfanstiehl.

Madeira Beach has the longest ballot with races for commissioner in two districts plus 11 referendum questions. In the race for the District 3 seat, which is currently vacant, voters can choose between Doug Andrews and J. Roger Pryor. In District 4, the choice is between incumbent John E. Douthirt and Steve Kochick.

Voters also are asked to vote yes or no on 11 charter amendments.

Approval of the third charter amendment would require commissioners to forfeit their office if they knowingly violate the Sunshine Laws, Ethics Laws, or Public Records Laws as determined by the Florida Ethics Commission or a court of competent jurisdiction. A special magistrate would make the final decision concerning forfeiture of office if a commissioner requests a forfeiture hearing.

If the majority vote yes to the fourth amendment, commissioners would forfeit office if they fail to attend three (instead of four) consecutive regular meetings, or regular workshop meetings without being excused by the Board of Commissioners.

Approval of Amendment 5 would require that the Board of Commissioners to review and, if necessary, change the existing municipal district boundaries to ensure that each district is approximately equal in the number of electors every five years, instead of every four years required in the current charter.

A majority of yes votes on Question 6 would amend the charter to adopt state law for recall procedures. The City Charter is currently silent regarding procedures for recall.

Amendment 7 concerns induction of newly elected commissioners. If approved, the induction of new commissioners and appointment of a vice mayor would occur at the first regular or special meeting, which would be held on or before the last day of the month in which the election was held. Rules of Board procedure would be adopted within 90 days following each election.

If the majority says yes to Question 9, the section of the charter concerning investigations by the Board of Commissioners would be amended to delegate investigations into the internal affairs of the city by appointing a charter officer to investigate.

Approval of the 10th question would amend the charter to replace the board of adjustment with a special magistrate.

The last amendment, No. 11, asks if voters would like to change how citizens circulate petitions to propose adoption. Approval of the amendment would require reconsideration or repeal of ordinances by an initiative and referendum vote of the full electorate where not preempted by state law with signatures of at least 10 percent (rather than the current 25 percent) of the total number of electors registered to vote in the last regular city election. It also would authorize petition circulators to collect qualified signatures on petitions.

Voters in Oldsmar will see two races for council member and one referendum question.

In the race for Council Member, Seat 1, voters will choose from three newcomers, Matt Clarke, Andrew Knapp and Linda Norris. The incumbent, Eric Seidel, will serve as the city’s new mayor as no other candidate qualified to run for the position. Seidel replaces Mayor Doug Bevis, who had to leave due to term limits.

In the race for Seat 4, incumbent Jerald “Jerry” Beverland is being challenged by Katie Gannon.

In Tarpon Springs, voters will choose between incumbent Mayor Chris Alahouzos and former mayor David O. Archie, who served two terms as mayor beginning in 2010. Archie left office in 2016 due to term limits and Alahouzos was elected to take his place.

In the race for commissioner, Seat 3, the choice is between incumbent Susan Miccio-Kikta and challenger Connor Donovan.

Voters who live within the service area of the Pinellas Suncoast Fire & Rescue District will be asked to vote yes or no to an increase in non-ad valorem assessment rates for delivery of fire protection and rescue services beginning in fiscal year 2019-2020.

If approved, PSF&RD would be allowed to increase its non-ad valorem annual assessment rates (set in 2008) as follows: single residential unit from $260 to $360; commercial units, up to 500 square feet, from $286 to $386; and motel units, mobile home lots, recreational vehicle lots (per rental unit/lot) from $165 to $265. All other categories would be unchanged.

PSF&RD’s service area includes Belleair Shore, Belleair Beach, Indian Rocks Beach, Indian Shores and an area on the mainland just to the north of Park Boulevard and south of Walsingham Road. The district is bordered by the Intracoastal Waterway on the west and 131st Street on the east.

Election results will be available after 7 p.m. March 12 at votepinellas.com and tbnweekly.com.