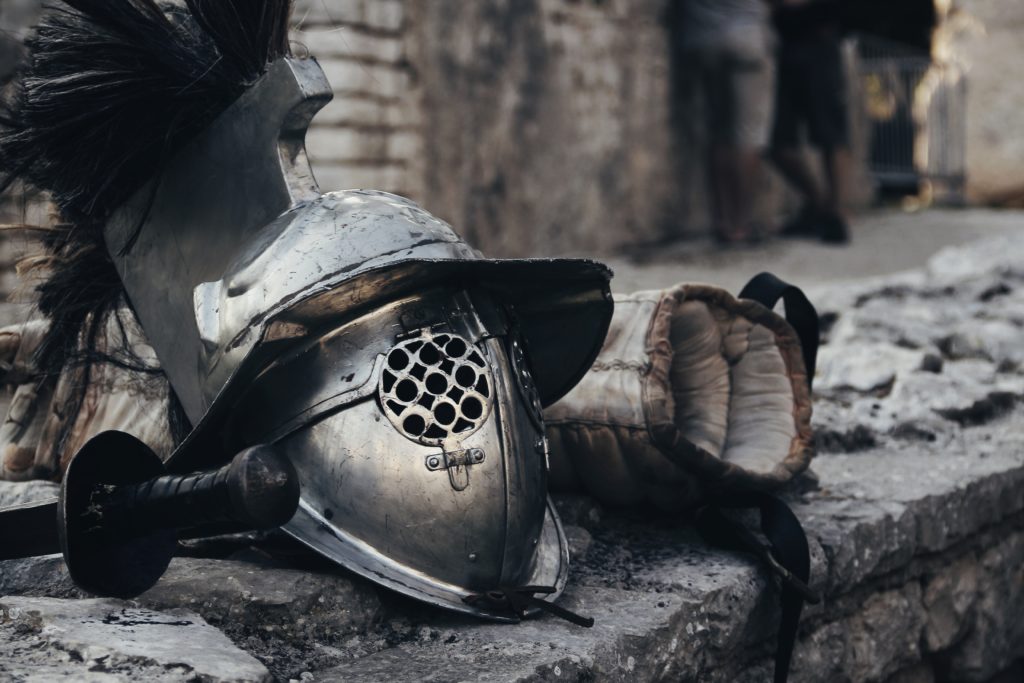 Actually, it was his mother who discovered the fantasy tabletop role-playing game first.

“She loved ‘Lord of the Rings’ and heard the game was similar to that,” he said.

She brought the game home, vetting it before introducing it to her son.

His interest faded after a few years, though. Then, in high school, Fahy was bused out of his neighborhood to attend a magnet school in another area. He didn’t know any other students there. But when he overheard some of them talking about Dungeons & Dragons, he felt confident enough to ask if he could join them, making the transition to his new school a little bit easier.

“I saw firsthand how this game connects people and changes lives,” he said.

Decades later, Fahy is a licensed mental health counselor living in unincorporated Largo. When he launched his own practice, he realized he had more freedom than when he worked at larger agencies. As he learned about the impact gamification can have on individuals with mental health issues, he decided to incorporate Dungeons & Dragons into his group sessions.

“I’ve played the game and I’ve read a lot about Dungeons & Dragons therapy,” he said. “I’ve seen how the model could help people.”

Fahy currently hosts two weekly meetups for teens with autism and social anxiety who are 12 and older. They meet Sunday evenings at Serenity Games in Seminole and Wednesday evenings at Emerald City Comics in Clearwater. He launches his first game for adults at Balance Martial Arts and Gaming in Pinellas Park later this summer.

He acknowledges that “it’s really hard to make change” and that doing the necessary work to implement these changes can be “boring.”

“If you don’t have the motivation, it’s like going and meeting with your physical therapist,” he said. “They show you exercises to do and it’s like, ‘Yeah, that’s great, but let me try to figure out how to squeeze this into my life.’”

He added, “Gamification really answered that. … Outcomes increase when a person’s invested, and people invest more when they have fun in it. So, I try to find fun ways to get people engaged.”

Dungeons & Dragons involves a lot of improv and critical thinking, he said. Players are provided a character sheet that includes a list of skills and other characteristics. Then they roll the dice to determine the strength of their skills.

The Dungeon Master leads the players through the game, creating the details and challenges of their adventures. The outcome of each quest is up to the players involved, Fahy said.

“You can do anything you want. The only limitation is your imagination,” he said.

He’s amazed by the changes he’s seen in his clients.

The games teaches them to communicate and work with others.

“You’re a team. This isn’t Monopoly. There might not be a set structure, but you are a team,” Fahy said. “They have to work out how to divide treasure, how to get through a maze, how to devise traps, how to divide food. They learn how to work as a group and create their own group norms.”

These are skills his clients can transfer to real life, he said.

“They walk away knowing how to talk to others and setting down what they think the norms should be,” he said. “The kids at my table walk away with a lot more self-advocacy and a lot more belief in who they are.”

The role-playing aspect of the game helps the teens work through a variety of scenarios.

“It’s a psycho drama. So you can play out these things without as much risks as if you did in real life,” Fahy said. “So, you get to face the bully. But it’s not really a bully. It’s an orc. If you can kill him, fine. But if you talk him down and make a deal, that’s great, too.”

He’s seen significant social improvements in his clients as well, he said. Many of them spend time together outside their weekly games. Others play Dungeons & Dragons outside of group or plan to start a club at their school.

“For quite a few of my kids, it’s a safe way for them to interact with others,” he said.

Fahy plans to expand his programming. In addition to Dungeons & Dragons, for years he’s also organized a foam sword club through the Pinellas County 4-H Association. He’s been teaching both D&D and foam sword fighting through homeschooling co-ops. Next month, he’ll start foam sword fighting classes after school at the Highland Recreation Complex in Largo.

He’s also about to teach his first Dungeons & Dragons summer camp July 22-26, noon to 3 p.m., at the Seminole Recreation Center. Fahy will also run a fencing camp with the foam swords at Seminole Recreation July 29-August 2, 2 to 3 p.m. The cost for both camps is $75 for members and $112.50 for nonmembers.

To learn more about his work with foam sword fighting and combat simulation, visit www.vargarcompany.org.