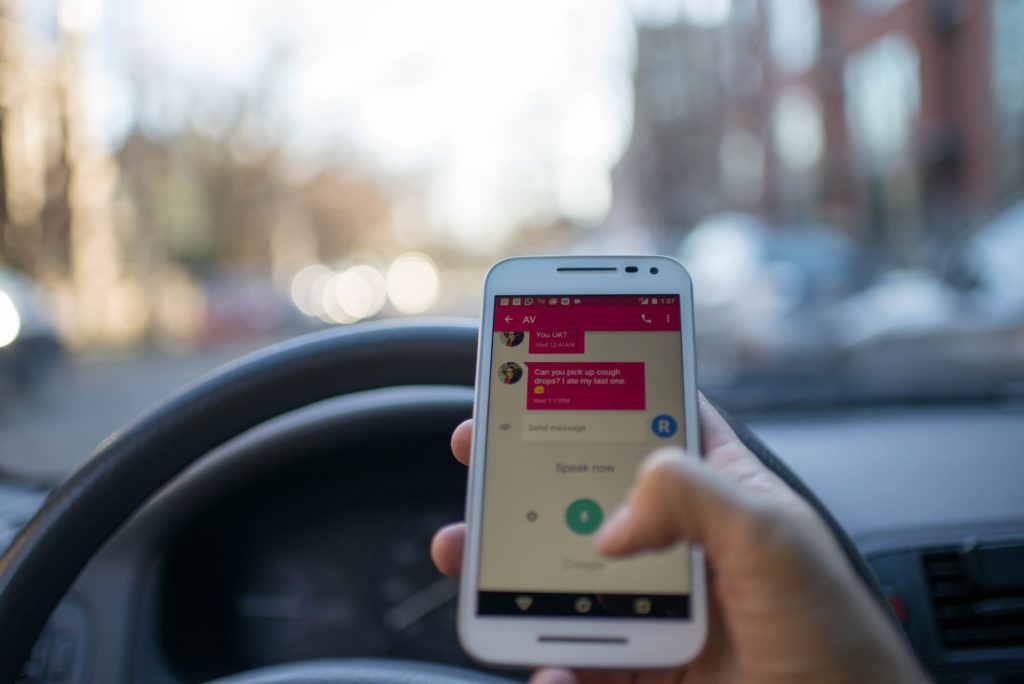 Loopholes, however, make it hard to enforce

LARGO — Sgt. Ann Starling of the Largo Police Department’s Traffic Homicide Unit says she’s seen enough injuries and deaths caused by distracted drivers to know that a new law banning texting while driving is a “step in the right direction.”

There are still many steps to go, though, she said, and enforcing the law, the first phase of which took effect July 1, won’t be easy.

The good part, Starling said, is that texting and driving is now a primary offense, which means officers no longer need another reason to pull over a motorist who they see texting while the car is in motion.

“It used to be a secondary stop, which made it almost impossible to pull somebody over for texting and driving,” she said.

Starling, who sent out a memo to officers explaining the law June 28, said the change is “absolutely great,” but the statute allows for several exceptions that make life harder for officers.

For instance, drivers are still allowed to use a device for navigation, use texting to report emergencies, or receive weather warnings or traffic and Amber alerts.

So, in order to know for sure, officers need proof by examining the driver’s phone.

Therefore, once stopped, police must inform motorists they have the right to decline a search of their phone. Police can still cite drivers who refuse, however.

“Of course, everybody’s probably going to say, ‘Nope, you can’t have my phone,’ which is absolutely their right,” Starling said. “But it kind of ties our hands a little bit. I’ll still do my job and what I have to do. Will I lose it in court? Maybe. But I have to do my due diligence to kind of show people that texting and driving is absolutely 100 percent dangerous.”

The data backs up Starling’s claim.

According to the Florida Department of Highway Safety and Motor Vehicles, more than 170 crashes were caused by people who were texting and driving last year.

Because police rely on drivers to be honest, Starling said she’s certain those numbers are much lower than the truth, which is why she hopes this law will pave the way for more stringent rules in the future.

“The law is pretty clear about what we have to do and, while not foolproof, my hope is that this is a step in the right direction,” Starling wrote in her memo to officers. “Distracted driving is drastically under-reported and if we can track more accurately, this may give legislators a better idea of the gravity of the issue.”

Despite the limitations of the law, she said it should still make roads safer.

“I think people are going to put their phone down more when they see a police officer, so that’ll be a good thing,” she said. “I don’t think it’s foolproof, but it’s what we have right now.”

Starting Oct. 1, a separate law takes effect that will make it illegal to hold a phone at all while in an active construction or school zone.

The statute also will help law enforcement determine the cause of crashes that lead to injuries or deaths, because phone records can now be subpoenaed and used as evidence.

In the cases of both laws, however, officers can only give warnings until Jan. 1, when they can begin handing out citations that come with a $30 fine. A second offense will lead to a $60 fine and three points on the motorist’s driver’s license. Because of concerns about discrimination, the statute also requires that officers report the race and ethnicity of the driver who was cited.

Starling added that drivers can’t get a ticket if they’re texting at a red light, so living in Pinellas County will be a benefit.

“Pinellas County is full of red lights,” she said with a laugh. “It is not going to be that long until you get to another red light and you can text that person back.”

Nevertheless, Starling would love for Florida to join the other 19 states that have bans on holding a phone while driving.

“It’s not like we’re trying to boost our ticket numbers,” she said. “I could sit outside and write a hundred tickets a day every day probably. It’s not about ticket numbers, but it’s about showing them (drivers) that it’s wrong and that it’s very, very dangerous. … We’ve been shown time and time again that if you give them one warning after another, it’s just out of sight, out of mind. So you have to make that stand at some point and say, ‘No, this is wrong. You are either going to kill yourself or heaven forbid you’re going to kill somebody else.’”