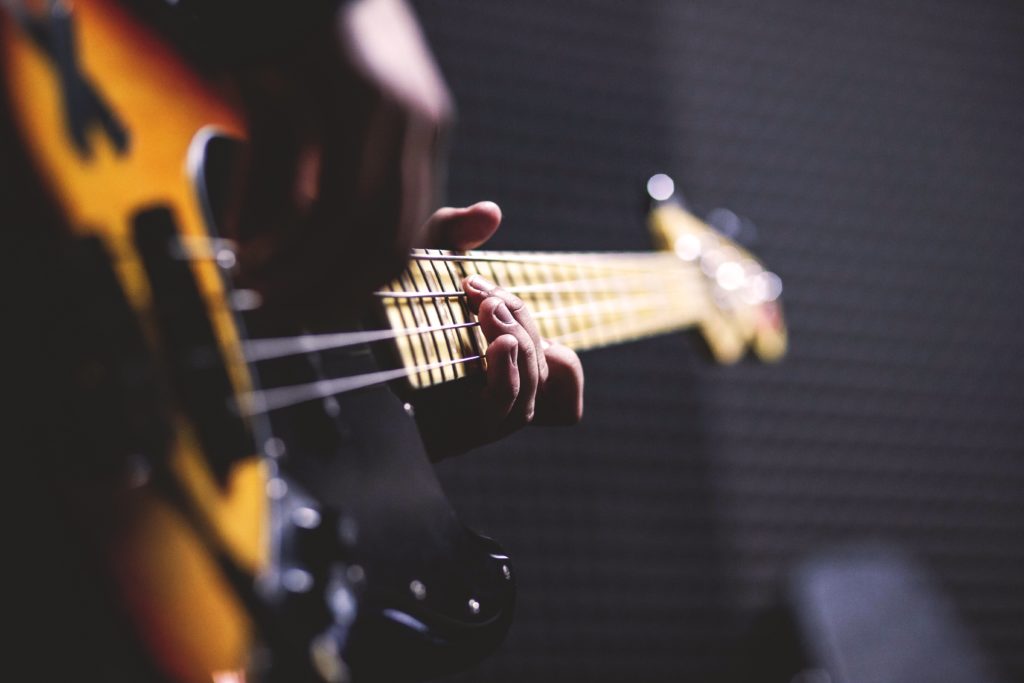 SEMINOLE — With summer coming to an end and autumn just around the corner, it’s time for tunes to fill the evening air in Seminole.

The city will host the 23rd annual Music in the Park series. It will get underway with a performance by the Charlie Morris Band on Friday, Sept. 6, at Seminole City Park, 7464 Ridge Road. All shows in the series will start at 7 p.m.

Food, beverages, snacks and treats will be available for purchase. Attendees are encouraged to bring their lawn chairs and blankets. Alcohol and glass containers are not permitted in the park. This is a free community event.

Kicking things off will be one of Florida’s finest blues outfits. The Charlie Morris Band brews its distinctive blues and Americana with a helping of Louisiana spice, Tennessee twang and Florida gator tail. According to the band’s website, Morris’ original songs provide the main course, featuring bluesy hooks, dance-inducing grooves and smile-inducing lyrics. Audiences may also hear some tasty covers of songs by Muddy Waters, Ray Charles, JJ Cale and Bill Withers.

Morris has been a professional musician since the 1980s. He has performed at festivals across Florida and he has spent time on the road touring the Southeastern United States and Europe.

“I’ve been playing music and writing songs since I was 6,” Morris said. “I think it was Charlie Brown’s pal Schroeder who got me into it. My older brother Bruce taught me about the blues when I was a teenager. Later, the great St. Pete blues harmonica player Rock Bottom was a huge influence.”

This won’t be Morris’ first appearance at Music in the Park.

“We played our first Music in the Park show in 2004, and returned in 2011 and 2014,” Morris said. “It’s a wonderful venue, and the residents of Seminole should be very proud that their city sponsors these great cultural events featuring local musicians.”

Local harmonica legend TC Carr, who appears on “Playin’ on the Beach,” Morris’ newest CD, will join the band for the Music in the Park concert.

Voices of Jazz, based in Dunedin, will take the stage for the second concert in the series, set for Friday, Sept. 13.

The band boasts a big-band sound and performs classic big-band jazz as well as swing music and modern arrangements of popular tunes. Its members are engaging and energetic volunteers who participate purely for the love of music, the enjoyment of playing their instruments and their passion for performing. Band members are from Pinellas and Hillsborough counties.

Al Phillips, the band’s founder, established Voices of Jazz in 2007.

“Al Phillips enjoyed performing in high school and remembered the big bands that his dad listened to,” Ron Scarcelli said in an email to Tampa Bay Newspapers. Scarcelli is president of Voices of Jazz. “He wanted to create an organization for people who wanted to continue to play as well as for audiences who enjoy big bands.”

According to Voices of Jazz, this year’s appearance at Music in the Park will be the band’s 100th performance.

New to the series this year is Mad with Power. They will perform Friday, Sept. 20.

“We were very excited to get the call since we’ve seen the caliber of musicians from past events and we feel honored to have been asked to perform,” said Kimberlee Roberts, the band’s vocalist. “Sept. 20 can’t come soon enough.”

Mad with Power was formed nearly 10 years ago. This fresh, fun, professional rock cover band plays a unique variety of energetic rock music that gets audience members up and moving. The members of the band are not strangers to the stage. Each veteran performer contributes to the dynamic, high-powered chemistry that can only come from years spent performing together.

Playing since 2010, the band — and the husband-and-wife team at its heart — traces its roots back to a 2009 theater production.

“In 2009, before we were married, my husband and I met doing a community theater production of ‘Sweeney Todd,’” Kimberlee said. “I’ve always been involved in some type of music and theater since I was young, and he’s been a guitarist since his teens.”

According to Kimberlee, toward the end of the run she and Jody Roberts started talking about getting together to collaborate on music.

“After hearing me sing in what he calls ‘stage voice,’ he didn’t think I could carry off a rock and roll sound,” Kimberlee said. “One round of ‘Rock & Roll’ by Led Zeppelin, and he knew he was wrong.”

Kimberlee and Jody started off in early 2010 with two other friends and a “drummer in a box” and their side career in music blossomed from there.

“We’ve found the right mix of musicians who love to play and we’ve become like family,” she said. “We all have day jobs, so Mad with Power is truly a labor of love.”

Plant has been involved in music for more than 40 years. During that time, he has worn many hats.

After graduating from Tampa’s Plant High School, he joined the U.S. Navy Seabees, working in construction and entertaining servicemen and women on bases all over the world. After his honorable discharge, he played in many Tampa bands, honing his craft and paying his dues.

Heard by millions as the singer of the Hulk Hogan theme song “American Made” that was played on TBS/TNT networks for years, Plant has also recorded songs on dozens of CDs released worldwide. He toured Europe with Eyewitness and Millennium, his original bands, in the 1990s. Those bands also were featured on MTV Europe, and their videos aired on Japanese television. They even performed on a live prime-time variety show in Munich.

For Music in the Park, Plant will launch 37 Special.

Comprised of the members of Doobie Brothers tribute group China Grove and Santana tribute group Supernatural, this new group gives clients another bullet in the arsenal. 38 Special was a unique Southern rock band in that they focused on writing polished dance-rock hit songs, setting them apart from the crowded Southern rock field.

According to Plant, 37 Special’s rapid-fire barrage of memory-jarring hits include “Caught up in You,” “Fantasy Girl,” “Somebody Like You,” “Rockin’ Into the Night,” “Back Where You Belong,” “Back to Paradise” and of course the No. 1 hits “Hold on Loosely” and “If I’d Been the One.”

As if that wasn’t enough for one evening of music, Plant also will perform with China Grove.

China Grove’s repertoire spans the many decades and styles of the legendary California group. From the jamming rock of “Long Train Runnin’” to the jazzy “Takin’ it to the Streets,” and the bluesy “Dark Eyed Cajun Woman” to the Grammy Award winning pop of “What a Fool Believes,” this group will blaze through a sizzling set of classic hits.

Also scheduled to perform at Music in the Park are Peace of Woodstock on Sept. 27 and Act III on Oct. 11.