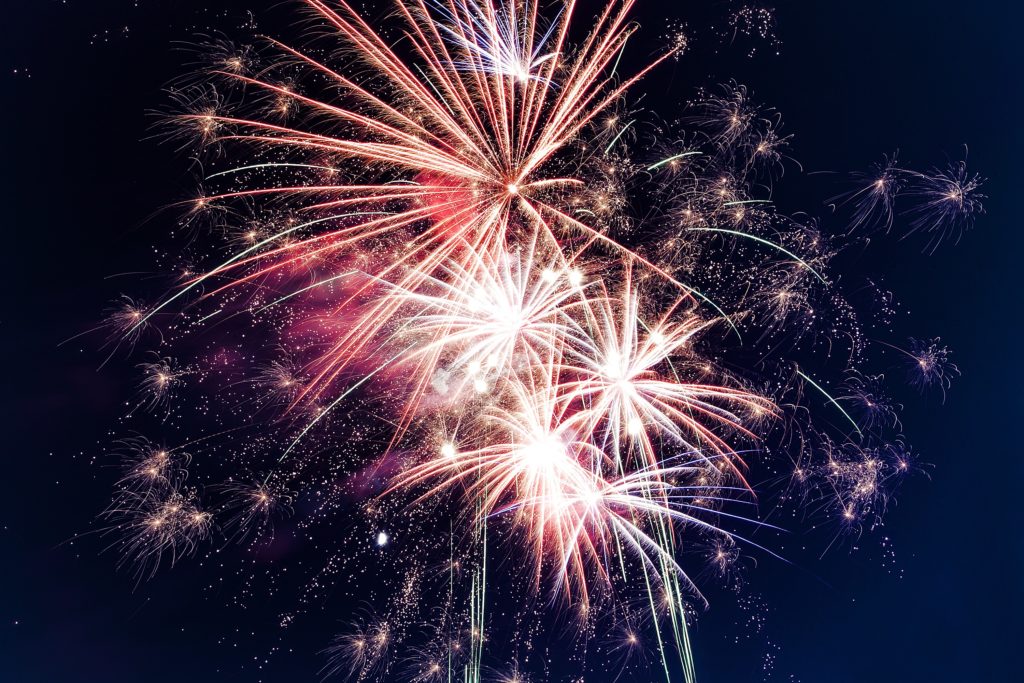 REDINGTON SHORES — The town’s fireworks display, a years-long tradition watched by thousands, will be held on the Fourth of July this year, after all.

The event’s happening had been in doubt, at least on the Fourth, after the company that had done it for many years pulled out. Company officials said some of their shooters had retired.

“The show must go on, even though we were told multiple times it wasn’t going to happen,” said the mayor of her mindset as she began her phone search-and-rescue mission.

The fireworks pullout had been sudden, and unexpected.

“The people who had the fireworks contract for years and years called, at the very last minute, and said, ‘We can’t do it on the Fourth,’” Henderson said as she described the town’s predicament at the May 8 town commission meeting.

“We’ve always done it on the Fourth,” Henderson said. “Thousands and thousands of people know it’s on the Fourth.” The company offered to do it on the 5th or 6th of July, then they said that would not work.

City Clerk Mary Palmer called around, and found nobody that could do the fireworks.

“We had nothing,” Henderson recalled.

Then, Henderson said, “I got on the phone for a couple of hours one evening, and wound up talking to the company that does St. Pete Beach’s fireworks display.”

“They had one spot left,” she said. “So the show is on for July Fourth.”

Commission and audience members were delighted to hear the town will have a fireworks show.

“Good job, mayor,” said Bert Adams, who as mayor had seen the fireworks display grow in size and appeal over the years.

A contract with the display company, Angry Unicorn Displays, shows the fireworks take place on July 4th at County Park, as usual, and begin at around 9 p.m. It will last about 15 minutes, and cost the town $15,000. Residents and businesses also donate to the event.

A major project to reline the town’s main sewer line is now complete, Commissioner Jeff Neal announced. That is “all good news,” Neal said, as the relining protects the sewers from water infiltration and the work is finished just ahead of the rainy season.

Neal said late last year that the relining fixed cracks in the pipes and manholes that allow rainwater to infiltrate the system. The infiltration has caused the town to pay the county extra money, often thousands of dollars a month, to process the rainwater that has seeped into the system along with the sewer water. Last November, Neal said, “We still have a lot more water going out than coming in, and this is costing us a lot of money.”

Neal said he is “quite happy with how quickly we got the sewers relined on the main line.”

Next will come work on the lateral lines that connect the main sewer line to the houses, which Commissioner Michael Robinson has said are “a huge contributor to the problem.”

Neal said relining the lateral lines will begin on the town’s west side soon, after some issues with the contract are cleared up.

‘Check valves’ to be installed

They will be put where the stormwater pipes drain into the Intracoastal off of 180th and 182nd avenues. Drumm said two will be installed right away on 182nd Avenue, and the one on 180th will be done as soon as the seawall is fixed.

That work is also being done in advance of the summer rainy season. The check valves, also called back flow valves or flappers, prevent water from the bay flowing back into the stormwater sewer system at high tide.

The commission passed an ordinance that allows local businesses to use sandwich board signs. This is the first time these signs have been permitted within town limits, and there are a number of rules regulating their use.

The signs can be no larger than 30 inches wide and 48 inches high. No papers, balloons, windsocks or other items prohibited by town code can be added to the signs.

No more than one sign per business is permitted, and it must be no closer than 10 feet from another such sign. The sandwich board sign may be used only during business hours, and must be taken in at closing. They cannot swing, rotate, twirl or have any moving parts, or any foil, mirrors, metal or other reflective materials or lights of any kind.

Sandwich board signs have become common in tourist-oriented communities, and the ordinance’s intent is to keep the town’s businesses competitive.

Undergrounding ahead of schedule

The undergrounding of utility wires on Gulf Boulevard in the Redingtons is moving along and ahead of schedule, Henderson said. The work is expected to be complete by the end of summer, she said.