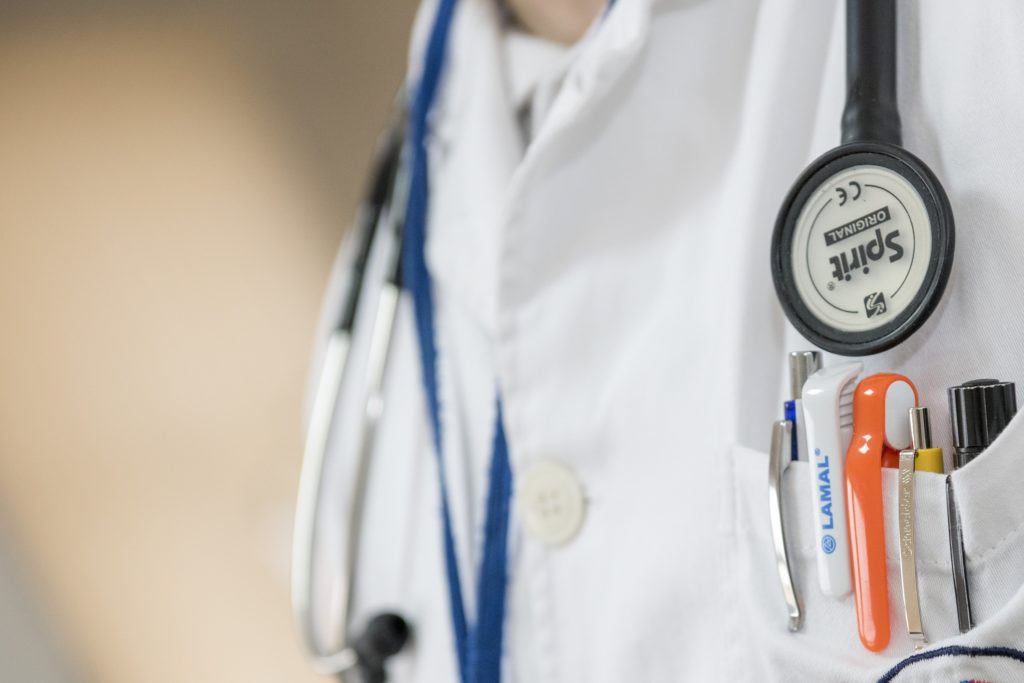 LARGO – Roger Harper’s “retirement” has been anything but that.

He moved from California to Largo six months ago, and since then he has been part of missions to provide medical assistance for those impacted by hurricanes Florence and Michael, Typhoon Yutu in the South Pacific, and he has attended the funeral of John McCain.

Then, deciding retirement didn’t suit him, the registered nurse of 45 years took a job last month with the St. Petersburg Free Clinic – a place that hired him knowing of his involvement with the nation’s Disaster Medical Assistance Team, an entity supported by the U.S. Department of Health and Human Services.

“It takes a very understanding employer to realize an employee might say, ‘Oops, I’ve got to leave tomorrow. Oh, and I’ll be gone for two weeks,’” Harper said.

Sure enough, shortly after he started he was summoned to participate in providing assistance at George Bush’s funeral in Washington, D.C. He was notified Saturday, Dec. 1, the day after the former president’s death, and left Monday. He returned five days later.

The funeral did not bring the typical intensity and chaos for which Harper is accustomed.

Mostly, he and other DMAT members were prepositioned and sequestered in hotel rooms around the nation’s Capitol building, watching the funeral on TV. While there were thousands of tourists and local residents who paid respects, potentially creating the need for assistance when that many people are in one place, the DMAT’s presence was required mostly due to the high-profile nature of the event.

“There were a lot of dignitaries there from around the world. Some real high-level names,” Harper said. “There’s always concern in those situations of an attack.”

Meanwhile, other deployments have been far from calm.

“When we were providing relief in Haiti, we heard gunshots in the distance,” Harper said. “That’s probably the one time there was potential for harm. The government was worried about us.”

Harper volunteers with other agencies as well, and sometimes the commitment is extensive.

“I spent six weeks at a refugee camp in Greece,” Harper said as an example.

His interest in the DMAT began back when he lived in Los Angeles.

“In ’94, the Northridge earthquake occurred and a team came in to deal with it. Some of us in Los Angeles said, ‘A city like ours needs something like this in a big way,’” Harper said. “One year later, it was formed.”

Missions that followed for Harper included hurricanes Katrina, Rita and Ike, two trips to Puerto Rico, and the trips to Haiti and Greece.

Part of why he can’t say no is because he gets a lot out of it.

“I very much enjoy the feedback I get from victims in those dire situations. They’re so much more appreciative of the care they’ve received than most entitled individuals who show up at a hospital or clinic,” Harper said.

Still, that he’s employed again he knows he’ll have to pick his spots.

“I have a feeling they’d try and find a way to end my employment, somehow, if I did this all the time,” said Harper, despite the fact he’s protected by law to have his job waiting for him after his DMAT service.

But then he thought about it some more.

“Actually, if I got another phone call 10 minutes from now,” Harper said, “I’d probably say yes.”