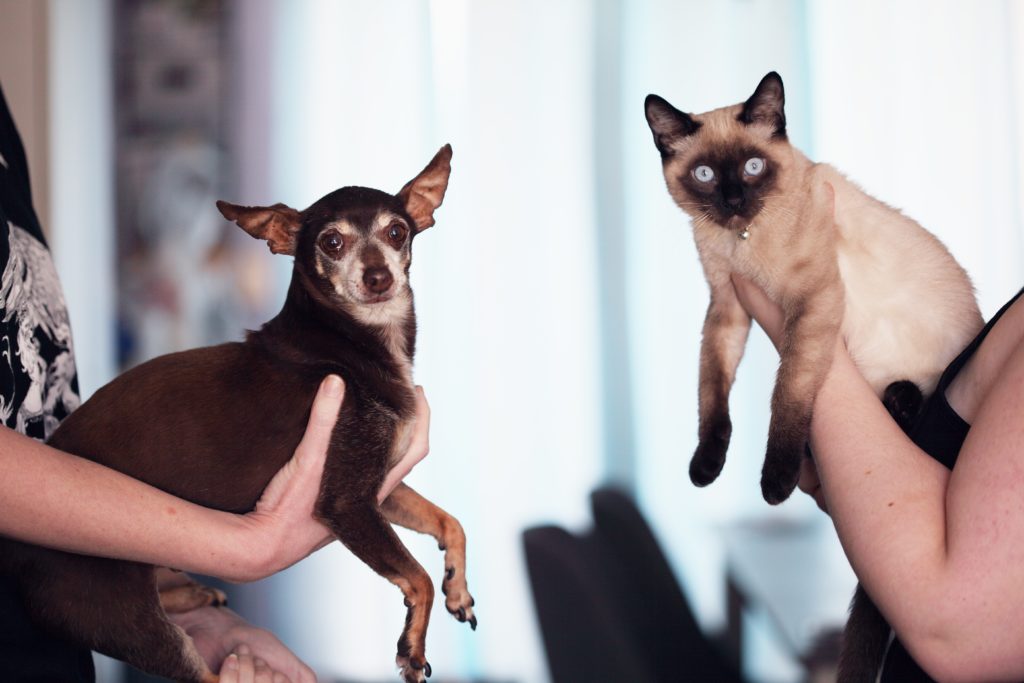 LARGO — It doesn’t take long for someone driving down Ulmerton Road to spot a pet store sign displaying puppies for sale.

But whether any of those stores pose a problem or need to be regulated proved to be a difficult question for city leaders to answer Oct. 8 during a work session at City Hall.

Therefore, until they learn more about the business practices of the stores, commissioners decided patience was the best course of action and held off on joining nearby cities such as St. Petersburg, Dunedin or Safety Harbor in imposing any kinds of regulations.

“I really want to make sure that we have a very good idea of what we’re regulating before we start regulating something,” Commissioner Jamie Robinson said. “Because I would say that most of us probably don’t.”

At issue is stores that sell dogs that come from so-called “puppy mills,” which the Humane Society of the United States defines as inhumane, high-volume dog-breeding facilities that churns out puppies for profit, ignoring the needs of the pups and their mothers. Dogs from puppy mills are often sick and unsocialized.

Even if commissioners wanted to move forward with new rules, several obstacles stand in their way, including the location of the stores.

Of the five stores on Ulmerton Road that sell animals, only two are within the city’s limits. The other three, including the largest, Petland, are in unincorporated pockets of the city, so any regulations wouldn’t impact them.

What authority the city has is also unclear.

The U.S. Department of Agriculture is the primary regulatory authority for breeders that transport animals over state lines. The state of Florida has a pet “lemon law” and minimal requirements breeders must meet. Pinellas County, however, has definitions and regulations on kennels, hobby breeders and pet dealers, according to Assistant City Attorney Nikki Day. Local ordinances can’t conflict with county ordinances, so Day said the city’s options are limited.

“With those three categories that the county is currently regulating, it does put the city in a little bit smaller of a box in terms of what it can actually do,” she said.

So, if commissioners wanted to regulate how and from where the stores acquired the dogs, Day thinks they would run into a roadblock.

“In terms of stepping in and being the entity that regulates where those pets can come from, I think in Pinellas County we may have a preemption conflict issue,” she said.

Day added that lawmakers last year tried to pass legislation that would preempt any local regulations to the state, so the time was ticking if the city wanted its own set of rules.

Nearby municipalities have proven there is still a way forward, though.

St. Petersburg, for instance, adopted an ordinance in 2016 that restricts any retail sale of cats or dogs unless they are from a rescue organization. Day, however, said she thinks it’s likely St. Pete stores were already in compliance when the ordinance was passed.

Dunedin and Safety Harbor essentially banned the stores altogether, but, unlike Largo, they didn’t have any to begin with.

“St. Pete and some of the other jurisdictions, they are not even looking at where they (the animals) are coming from,” Community Standards Manager Tracey Schofield said. “They have just imposed an ordinance that says you can’t sell them. And that makes it easy.”

Schofield said he met with the owners of both Largo stores — All About Puppies and Sunshine Puppies — in order to get a better understanding of their business practices, which includes requiring certain verifications of the quality of the animals they receive from out-of-state breeders.

“I can tell you from visiting both of these businesses, these are high-end, quality dogs,” he said.

He added that one of the facilities has a licensed veterinarian on staff.

Robinson, along with the majority of commissioners, added that he would like to continue discussions with those owners because he doesn’t think they should suffer because of a few bad actors, such as the alleged puppy mill in Hillsborough County from where more than 300 dogs were seized last month.

“I’m not saying that it’s not a problem,” said Robinson, who worked in the pet industry for more than 20 years. “I truly understand that animals living in bad conditions is a problem in this country. But I think it’s more of a perception than it is a reality. It does happen, but it’s not as large of a problem as people think.”

“I also don’t want to be in the business of putting people businesses out of business,” he said. “There’s no way I can support that. I wouldn’t imagine that anybody here would want the city of Largo to come into their business and shut it down because we didn’t like that they were serving meat hamburgers or whatever that issue might be.”

Vice Mayor John Carroll agreed and added that the two Largo stores might be a victim of guilt by association, citing the Hillsborough store.

“There’s a lot of misinformation out there on this topic,” he said. “I’m certainly not in support of putting anyone out of business. If there are things that need to be tweaked, then let’s tweak them. But we can’t just wholesale go out there and start shutting down buildings. That’s not going to happen.”

Day said one of those small changes could be adding cards or placards placed on cages that provide information about the animal and where it came from.

Mayor Woody Brown, who is going to meet with one of the owners next week, said that sounds like a good start.

“I think that something like a cage card may go a long way to kind of putting the customers at ease,” he said.

Day said another option would be to enact stricter regulations, but grandfather in the two stores, so only new stores would be affected.

Commissioners, however, were cool to that idea and opted instead to continue discussions with the business owners, local agencies and the public.

“I don’t think it’s a bad conversation to have, but we may not have a problem,” Brown said.