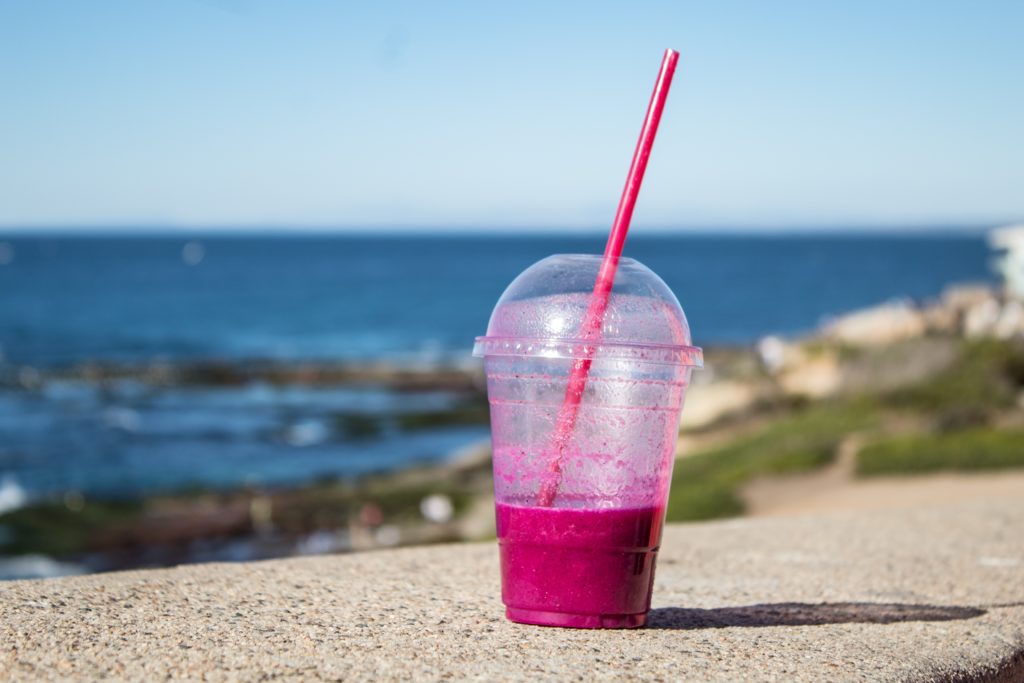 Ordinance restricts distribution of items on city property, but some say it doesn’t go far enough

LARGO — Several environmentally conscious residents from around Pinellas County visited Largo on Jan. 22 because they wanted to say one word to city leaders: plastics.

No, they weren’t quoting the classic film “The Graduate.” Instead they were urging commissioners to adopt an ordinance that would ban the distribution of several single-use plastic items on city property.

Commissioners agreed and voted 4-1 to adopt the ordinance that, starting July 1, would prevent some non-biodegradable items, such as foam cups, plastic straws and plastic plates, from being served at special events, in city facilities and at city functions. Mayor Woody Brown and Commissioner John Carroll were absent.

Bryan Beckman of the Suncoast Sierra Club called the ordinance a common-sense approach.

“Having the scope of the ordinance focus on city operations and events gives the city and community an opportunity to become engaged and better informed about how products perform,” he said. “And also how our own behaviors, like avoiding the use of single-use straws, is easy to do. These types of actions make a big impact on our environment without having a negative impact on our daily lives.”

Jana Wiggins, with Ocean Allies, a grassroots effort designed to marry tourism and conservation, said word has spread about the city’s efforts and the feedback from local businesses has been encouraging.

“It’s been nothing but good things I’m hearing,” she said. “The businesses … that are starting their transition are excited. They are not pushing back. They are just doing this, and they are doing it because you are leading on this.”

The ordinance, however, doesn’t pertain to personal use on city property, such as people who rent a pavilion at a park, so some, including Commissioner Curtis Holmes, said it will have little impact on the bigger problem of littering.

“I’m still against this thing, because, to me, it is just a feel-good and you’re going to get very limited results out of it,” said Holmes, who cast the sole dissenting vote on both first and second reading and reiterated the fact that the city spends $100,000 each year cleaning plastics out of storm drains and sanitary sewers.

“This affects the vendors and does little to make a statement to others using the parks and city property,” said Cheryl Wonderly, a resident of Largo for more than 35 years.

Wonderly said the city should focus its efforts on an anti-littering campaign to educate students and encourage businesses to post signs.

“It is important for Largo to lead,” she said. “But by leading, Largo needs to educate, not legislate.”

Holmes said an ordinance to battle littering would have his vote.

“I’d go for that instantly,” he said. “That’s what you need to do. You have to go to the source.”

Commissioner Jamie Robinson agreed that an anti-littering ordinance would be a good next step, but he reminded commissioners that the plastic ban was one of few options the city could take because of state preemptions.

“It (the ordinance) is not enough. It’s nowhere near enough,” he said. “But it’s what we are allowed to do. I think this is a good starting point.”

• Commissioners voted 5-0 to approve a foreclosure retainer agreement with the Weidner Law firm to assist the city in dealing with derelict and blighted properties.

According to Tracey Schofield, Community Standards manager, the city has about 100 derelict homes and a total of nearly 500 properties racking up well over $10 million in fines.

Therefore, the city has decided to bring some of them into compliance through the foreclosure process, which the Weidner Law firm specializes in.

• Longtime member of Largo Fire Rescue Don Rooks was sworn in as the city’s new fire marshal. Rooks has been with the city of Largo since 1999 and has served in numerous roles.

• Commissioners voted 5-0 to approve a request for proposal to Angie Brewer and Associates for $541,848 to help the city manage a $53 million state loan for its wastewater reclamation facility biological treatment improvements project.

The project, which is expected to last up to 29 months and include up to 50 subcontractors, intends to provide upgrades to the mid-portion of the plant where bacteria and enzymes break down sewage, and to improve the plant’s ability to remove nitrogen from the waste stream discharged into Old Tampa Bay via Feather Sound.