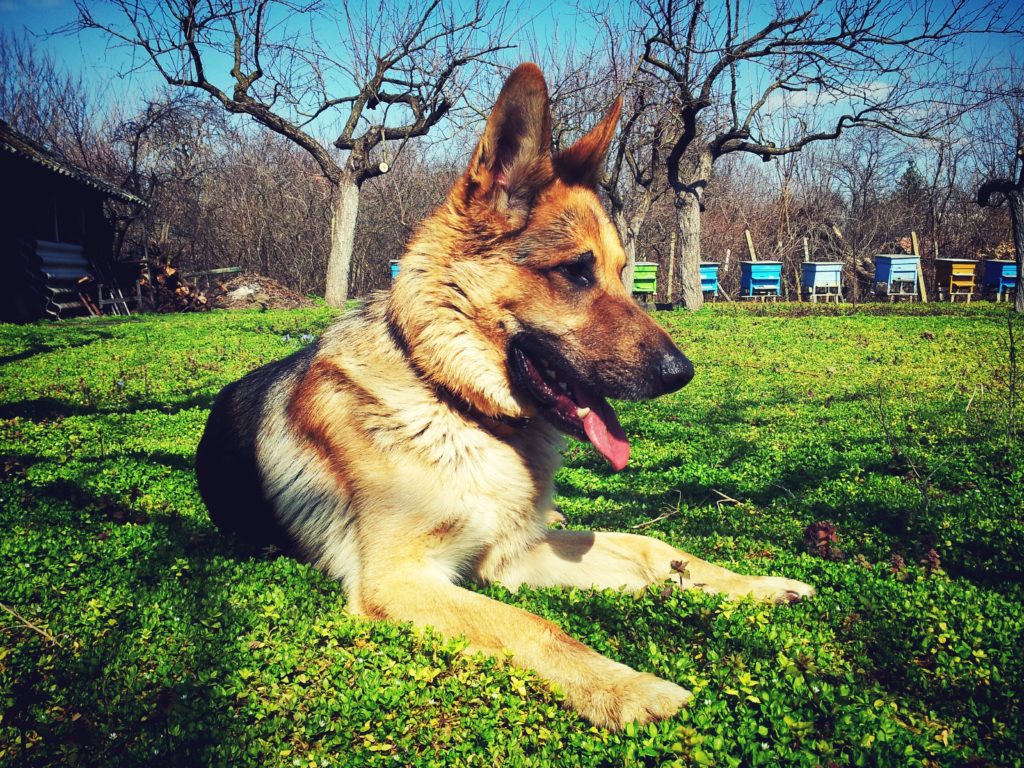 That’s because Team Murphy — comprised of Officer Patrick Newbill and German shepherd partner Murphy — made it to the final round of the A&E Network reality show “America’s Top Dog.”

Aired Jan. 22, the show pitted the country’s best K-9 and civilian dog teams in a timed obstacle course that tests each team’s athletic and decision-making skills.

In the final “Doghouse” round, Team Murphy missed by literal seconds, eclipsed by a short bulldog and civilian owner making up Team Minion.

A&E had initially reached out to 800 police K-9 units nationwide, which it then pared to 40 police and 10 civilian dogs to compete.

Newbill and 9 1/2-year-old Murphy were flown out in June to the Santa Clarita Valley in Southern California to film the competition.

“He (Murphy) flew on the plane in the seat next to me as well as he could,” Newbill said. “He actually wound up laying across his seat onto me. He did great on the plane; he is a very social dog.”

The show competition featured a three-round obstacle course of dog training tasks that teams are timed on.

“I knew he was going to have fun doing this,” Newbill said.

“I am very proud of how we did,” Newbill said. “Murphy got no assistance from me. There were dogs out there that couldn’t complete portions of the course.”

Newbill, who literally eats, sleeps and works with partner Murphy, says, without qualification, that he has a dream job.

“I have the best job in the world; I get to take my best friend to work with me every day — we back each other up,” Newbill said.

Newbill and Murphy’s weekly routine is one and the same.

“Murphy has been my partner for eight years. I got him when he was a year-and-a-half-old,” Newbill said.

Born and raised in Largo, Newbill wanted to be a K-9 police officer since childhood.

After graduating from Florida State University in Tallahassee with a degree in criminology in 2007, Newbill was recruited to work for the Largo Police Department.

“I’ve had dogs as far back as I remember, since I began crawling,” Newbill said. “Being a K-9 officer is the perfect niche for me. I’ve wanted to attain it since I became an officer.”

After seven years on the job, Newbill said his relationship with Murphy goes beyond just “man’s best friend.”

“It’s a bond that is difficult to explain to people who have not done this job,” Newbill said. “He’s not just a dog, or a pet; he is my partner, he is my best friend, he is family.”

Newbill said he also enjoys the companionship of a work partner who always shows up at the job in the best of moods.

“For him, it’s not work — it’s fun,” Newbill said. “When I get dressed for work, he gets excited, because for him, we are going to play games.”

Assigned to the night shift, Team Murphy will typically start at midnight and work through the night.

Billed as a “dual-purpose” police dog, he is trained in a specialty field — narcotics — and as a patrol dog.

As a patrol dog, Murphy is trained to locate human suspects. Equipped with an olfactory scent gland that’s 40,000 times stronger than a human, Murphy has a smelling edge up on his partner.

“Murphy is trained to bite and apprehend,” Newbill said.

Finding and developing a K-9 dog such as Murphy starts with finding the right dog, which requires police departments to use specialized overseas dog vendors.

“You can’t just buy a German shepherd and say. ‘That’s going to be a police dog,’” Newbill said. “It takes a specific dog to do this.”

The cost to acquire and train a police dog is formidable, with an untrained police dog typically costing $8,000 to $10,000, Newbill said.

“It’s based on their bloodlines,” Newbill said. “Their parents were working dogs, so they have the genetic makeup that gives them that drive.”

Now in the fall of his K-9 working career, when Murphy officially retires, Newbill will buy him for $1 and he will become his own private pet.

Thirteen-year Largo Police veteran Newbill, meanwhile, plans to continue as a K-9 officer and train another dog. He also hopes to help build a dog-training facility at the department.

“As much as I would like to go into supervision, I love this job too much,” Newbill said. “Seeing the things that you teach the dogs, and their capability level — knowing that you participated in that, is very rewarding.”