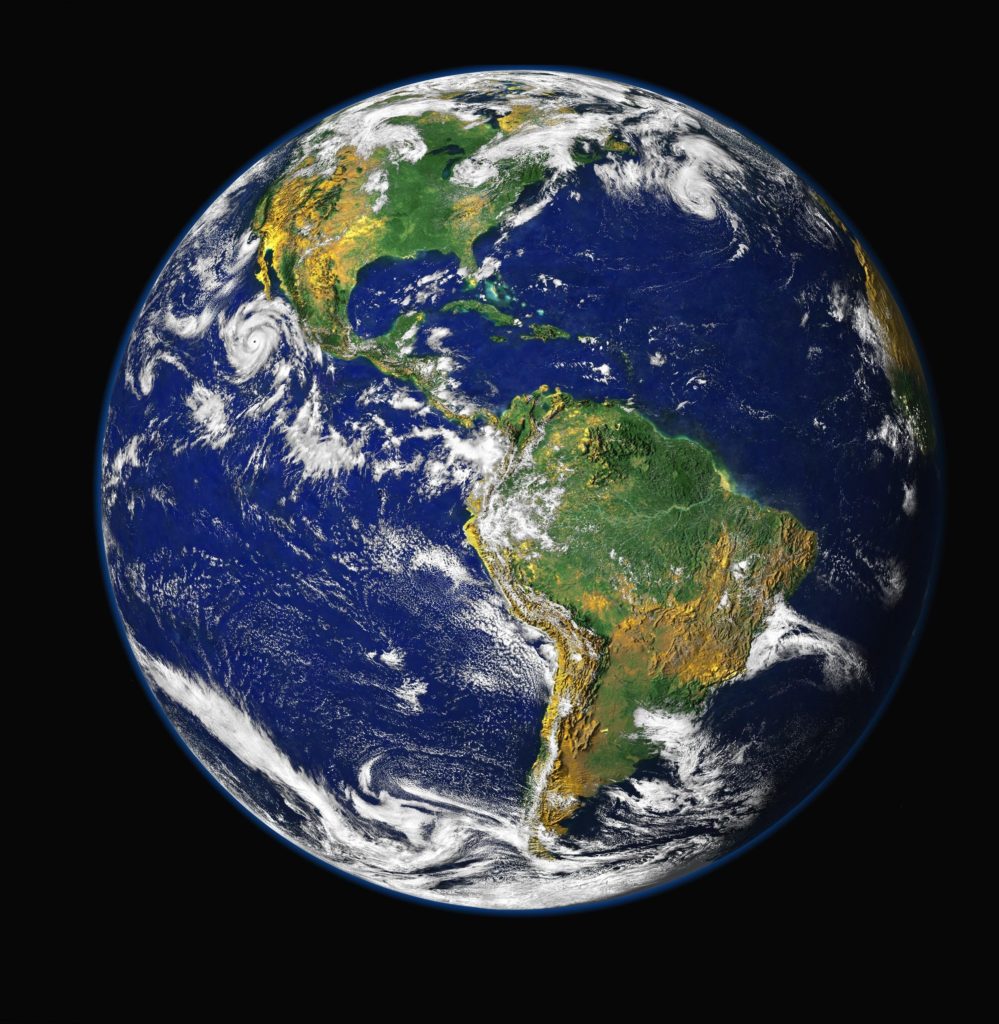 “Climate change is not a lie; do not let our planet die,” they chanted repeatedly. Also, “Burn Wall Street, not our water.”

They carried signs, some with playful lines: “Our planet’s hotter than young Leonardo DeCaprio.”

Charles Phillips, a senior at LHS and one of the leaders of the group, said “this is not a one-time deal.”

“This is going to be a constant movement. We are doing this in solidarity with the global movement with hundreds of thousands of people participating all around the world,” Phillips said.

Referring to President Donald Trump’s actions leading to the U.S. withdrawal from the Paris Climate Accord, Phillips said the protest is an effort to get the mayor of Largo to sign the Mayors Climate Protection Agreement, which seeks commitments from communities to take specific actions, such as adopting anti-sprawl land-use policies.

“The best thing is for us to start abiding by international climate laws,” Phillips said.

Dino Klimis, also an LHS senior, said the planet is dying, and in his travels, he has had the opportunity see a lot of different environments.

“Everything we are doing is progressively getting worse. In the past 10, 20 years, species have been dying off like never before,” Klimis said.

He said the world is seeing a mass-extinction type of event.

Mayor Woody Brown said that he was unable to address the students because he was attending a meeting, but he added that Sustainability Coordinator Laura Thomas talked to students about the steps the city has taken that are aligned with their goals.

He noted the city’s community center was the first LEED platinum-certified building in the county. The acronym stands for Leadership in Energy and Environmental Design, a U.S. certification program.

Brown also said the city is shifting to electric vehicles for its light fleet.

“We are doing a lot of good stuff, and it was a positive thing. The kids were just trying voice their position,” Brown said. “Largo has always been in the forefront of making changes from the way we have always done things to having a real eye on the future from an environmental standpoint to a sustainability standpoint.”

Klimas said protesting at Largo City Hall was convenient because it’s close to LHS. Similar demonstrations were held in the spring.

“We are just trying to get our voices heard, and we feel this is the best way we can do it right now,” Klimis said.

Asked if the students violated school policy by missing class, school district spokeswoman Lisa Wolf-Chason said they will simply be marked absent for the day.