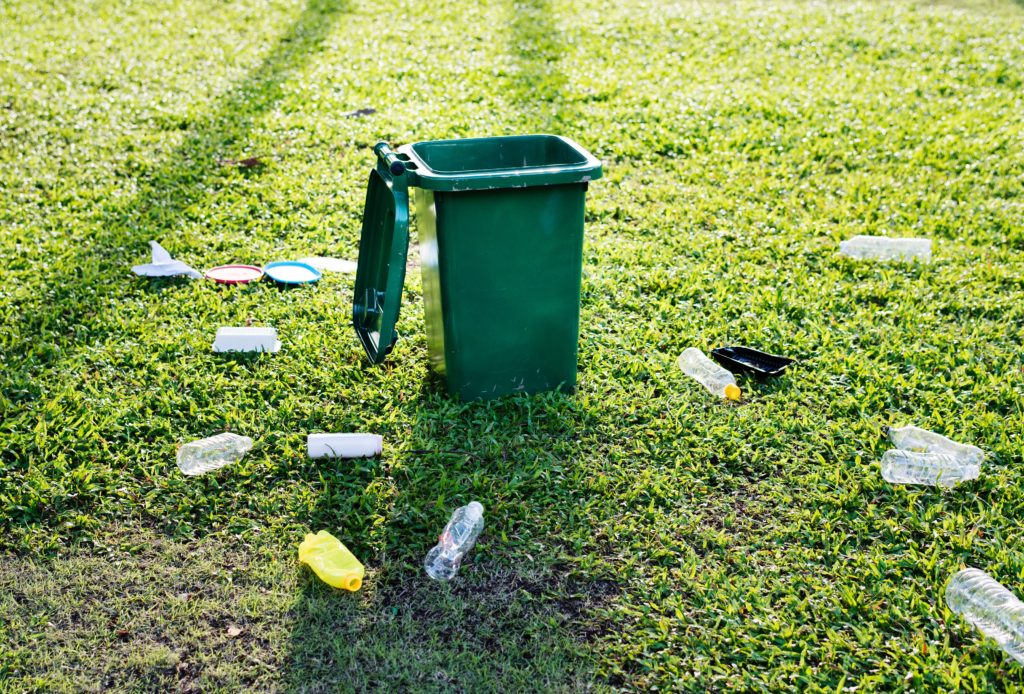 LARGO — How far should city officials go to enforce Largo’s recently enacted ordinance that bans the use of single-use plastics from being served at special events in city facilities and functions?

That question was the subject of contention at the City Commission March 10 work session, with officials divided on how far the city should go to enforce the ban.

The City Commission adopted an ordinance July 1 that prevents the use of some non-biodegradable items, such as foam cups, plastic straws and plastic plates, from being served at special events, in city facilities and at city functions.

The city at the same time created an environmental purchasing policy, which restricts funds from being used to purchase these items, as well as single-use, handled plastic bags, similar to grocery bags.

However, the single use plastic ordinance doesn’t pertain to a contractor’s personal use on city property, such as people who rent a pavilion at a park.

Commission members revisited the ordinance to consider whether to fine-tune the boundaries of the ordinance or the city’s purchasing policies.

As currently written, the plastic ordinance applies to events held on city property, or if city funds are used to hold the event.

City officials said there may be gray areas in enforcing the ordinance in regards to events where a vendor donates product, such as food, for free, or a contractor rents city property to hold a private event.

“There have been situations that staff has encountered where we’re looking to seek clarity on if we are currently proceeding in the right manner in compliance with the ordinance, or whether we possibly need to make adjustments to our implementation or to our ordinance,” said Laura Thomas, sustainability coordinator for Largo.

City events that may fall into that “grey area” include Taste Fest and the Mayor’s Golf Tournament where food is donated by an outside private vendor for free, said Krista Pincince, assistant recreation, parks and arts director for Largo.

“It’s very difficult to get businesses that will actually donate that amount of product,” Pincince said. “And it’s hard to tell them that it (the single-use plastic ban ordinance) is mandated, if they are going to donate the product.”

To date, the city has not enforced the single-use plastic ordinance at such events, Pincince said.

Pincince said city contracts for such rented events “recommend and suggest,” but do not demand vendors adhere to Largo’s single use plastic ban.

Commissioner John Carroll suggested the city can give teeth to its single-use plastic ban ordinance by leading by example rather than enforcing the ban on private contractors.

“It’s all about walking the walk,” Carroll said.

However, Commissioner Jamie Robinson said the spirit of the ordinance is not being fulfilled when the city permits exceptions by private vendors.

“If it is an event that is being held on the city of Largo property, those organizations should be following the single-use plastic ordinance,” Robinson said. “The spirit of this ordinance is not being followed. In my opinion, they are thumbing their nose at what we are trying to do.”

“We specifically spoke about events that are not open to the public, that are rentals — a family, or business or somebody rents it — we’re not going to go there and be the (plastic) straw police for somebody having a birthday at the gazebo that they’ve rented,” Brown said.

“We’re going to suggest it, but we are not going to make them comply,” Brown added. “I don’t think that we are there yet. You would lose vendor and not be able to raise money.”

Commissioner Michael Smith asked the commission whether and “when do we put teeth into this ordinance?”

Smith suggested commission consider adding financial incentives — such as a discount to vendors — to encourage them to honor the city’s single use plastic ordinance.

After nearly an hour of discussion on possibly amending the ordinance, the mayor and commission decided to keep the ordinance as is.

Brown asked Parks and Recreation administrators — who handle the contracts with parties that rent city property to hold events — to draft a notice that recommends to these clients to use non-single-use plastic at such events.

Brown said the city has made a significant stride in establishing its ordinance.

“Down the road, I am sure that we would like to see where there is no single-use plastics used in Largo,” Brown said. “But I think we are a long way off from making that an ordinance.”

Brown recommended that Largo stand by its ordinance and lead by example.

“Hey, let’s start with our house first,” Brown said. “We are all doing better things now.”