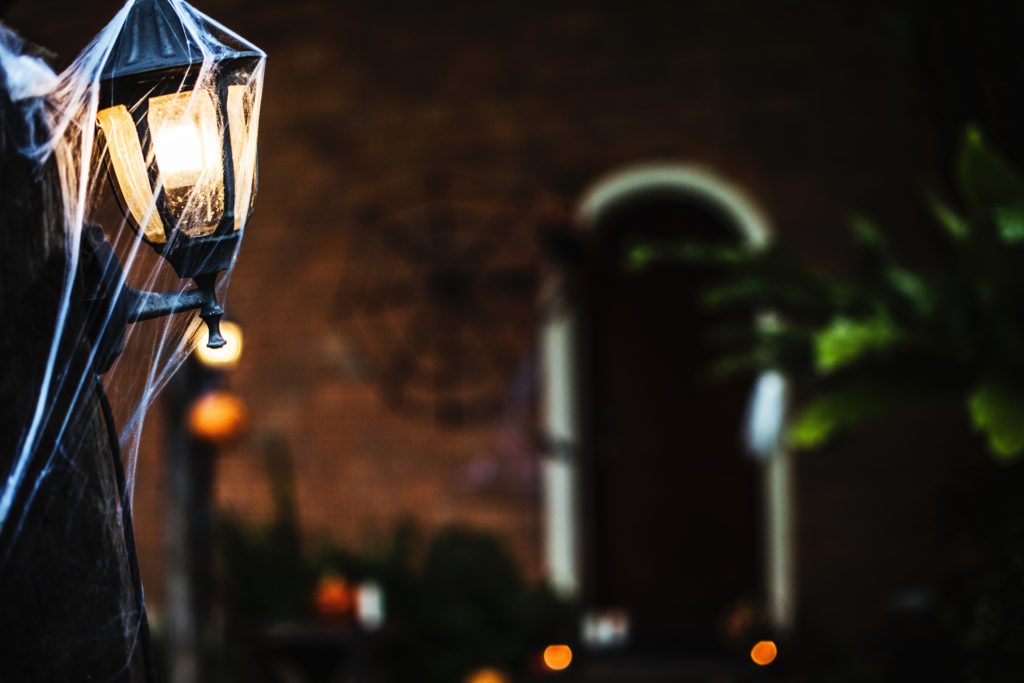 LARGO — Mark Grifone organizes the Warehouse of Horrors in Largo each Halloween, but he is much more Santa Claus than Grim Reaper.

That’s because Grifone and about three dozen of his fellow employees at Forensic Technology, Inc., have scared up more than $40,000 for charities in Pinellas and Hillsborough counties the past three years by transforming the company’s warehouse into 10,000 square feet of terror.

“I’ll be honest, when the guys started talking about a haunted warehouse, I thought we’d open up the bay doors and there’d be some haystacks and pumpkins,” said Grifone, the global customer service manager of Forensic Technology at the STAR Center. “What it’s grown into, I’m blown away each time I look at it.”

What’s he’s looking at is an effort that takes the group nearly two months to set up — a dark maze of twists and turns with zombies, werewolves and monsters lurking around each turn.

“We’re probably about halfway done now,” Grifone said on Sept. 26 as he showed off the early makings of the transformation. “We do have our day jobs, by the way. We can’t be out there when there’s work to do, but we do a lot of work on the weekends.”

“And those are done by organizations that have a lot more funding,” he said. “We’re relying on donations and scrap wood.”

The scares are satisfying, but children’s smiles were the real motivation behind bringing the warehouse to life at Forensic Technology, which provides law enforcement agencies all over the world with crime-solving tools, such as ballistic identification systems and CSI equipment.

Grifone said he was always interested in doing something to help charities, especially around Christmas time.

About four years ago, he was inspired by a restaurateur who used funds from a tip jar to buy bicycles for children in an orphanage.

“If this is what one guy can do, imagine what 40 of us can do,” Grifone said he thought at the time.

So, he enlisted some co-workers for some car washes and bingo nights, but the fundraisers weren’t paying off.

“We knew we needed to do something more than that,” Grifone said. “What we found was we were always asking our own employees to donate. And that’s not what this was about.”

Grifone knew of a couple of colleagues who enjoyed decorating their homes for Halloween, so they kicked around the idea of converting the warehouse into a haunted house.

Within about three to four months, Grifone got approval from the corporate office, insurance company and landlord.

From there, the group spent some money on materials and let their creativity run wild.

“I thought, I hope we get a couple hundred people to show up, so we can break even on this,” Grifone said. “The first night that we opened, I looked out the door and there was a line of people stretched out around the block to get in here. We had almost 2,000 people show up.”

The funds raised in that first year from the haunted warehouse and other charitable events was enough to buy Christmas gifts for 28 children at Everyday Blessings, a nonprofit based in Hillsborough County.

The success encouraged them to make the event even bigger and better, Grifone said, adding that they now donate their funds to the Homeless Empowerment Program and Mason Dixon’s Christmas Wish Fund, a nonprofit that helps families down on their luck during the holidays.

“On Christmas morning, when I was watching my kids, and now my grandkids open up their gifts, I kept thinking about those kids at Everyday Blessings and how they were excited and thinking, ‘Oh my God, there might be a Santa Claus after all,’” he said.

Grifone’s not sure how many more years he and his crew can keep the warehouse going, but he thinks they have plenty of scares — and fundraising — left in them.