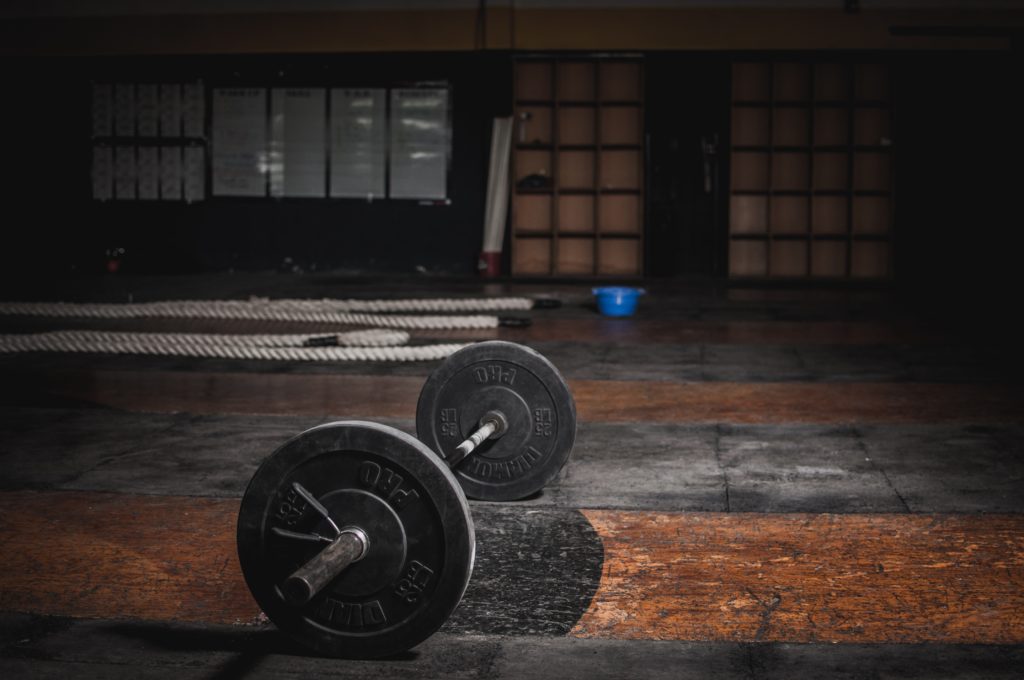 PINELLAS PARK — In the ninja world, Jason and Kathy Bergstrom and their family – nine kids, five of them adopted – are known as the Bergstrom Bunch.

The Seminole family is a close-knit group, Jason said. With their help, he operates the Jungle Gym, an obstacle-based facility in Pinellas Park. Several of his children are coaches at the gym. Caleb Bergstrom, the youngest at 19, is head coach, working with all ages and abilities, including the elite athletes, he said. His wife handles the gym’s administrative duties.

“She makes sure we have everything we need to operate legally,” he said. “We couldn’t do all this if we didn’t have each other.”

The Bergstroms discovered ninja training and competitions nearly five years ago when several of their children became fans of “American Ninja Warrior.” Each episode of the NBC reality program features competitors throughout the country tackling challenging obstacle courses.

When the couple caught an episode of the show, Kathy urged her husband to train for the competition.

“My mom said, ‘Hey Jason, you could do that,’” said their daughter, Caitlyn Bergstrom, 21.

Jason began training for the show and decided to take it one step further: he built an American Ninja Warrior-style obstacle course over the pool in their backyard. He began offering training sessions for adults at his home on Saturday mornings. It wasn’t long before those training with him brought their own children along to do pull-ups and burpees during these sessions. Eventually, Jason added youth-only training to the schedule and began organizing competitions.

Though he was consumed with training others, Jason never forgot his own goal of competing on “American Ninja Warrior.” He applied to be on the program in November 2016, and in April 2017, he was invited to film his obstacle course run for the show in Daytona. He found an early groove, but fell while crossing the broken bridge.

This appearance only further cemented his love of the ninja community. A handyman by trade, Jason, with the help of family and friends, built the Jungle Gym, a 15,000-square-foot facility, from scratch. The space, which is located at 8100 Park Blvd., formerly was home to Banquet Masters, Jason said.

“So there was a lot of work to do,” he said. “We had to tear down a lot make this happen. It’s a completely different space now.”

Caitlyn said, “We (thought) he was a little crazy. How could we pull this off? It’s such a big project. But I’m so glad we did it, and having the whole family’s support made it extra special.”

Caleb, who worked on the project from day one, was impressed by his father’s vision.

“He saw this whole gym built out in his mind, he had it all written out how it would look, before we even started working on it,” he said.

The Jungle Gym held its first class in February 2018.

The gym boasts “more than 50 obstacles, plus infinite variables,” Jason said, all of them patterned after “American Ninja Warrior” obstacles. He added, “We’re always moving them, always adding to them.”

A portion of the gym is dedicated to kids only — middle school and younger — and the gym offers a variety of children’s programming, including summer camps, birthday parties, private training.

“Everything with kids is very structured, very coached,” Jason said.

The larger portion of the gym is designated for adults and teenagers who are approved to use the space. They host ninja and parkour open gym Wednesdays and Fridays from 8 to 10 p.m. Later this summer, they’ll add another open gym for adults on Monday evenings, Jason said.

The Jungle Gym also offers private training for adults, a boot camp that also makes use of the gym’s weight room and an Intro to Ninja Class on Fridays at 7 p.m. This class is key for those attempting ninja training for the first time, Jason said.

“We feel if you don’t fall, you’re not pushing yourself hard enough,” he said. “If you’re going to fall, we’re going to teach you how to do it safely.”

More and more people of all ages are becoming interested in ninja training, he added.

“It’s a really fun way to train. Even if they never compete, a lot of people just enjoy the community and fitness aspect of it,” he said. “If you want to do cardio, you can do wind sprints with a coach with a clipboard and a whistle or you can play tag. One is fun, and you get the same results. We lean more towards the fun, play elements.”

His family also continues to be a staple on “American Ninja Warrior.”

Last year, both he and his son Danny Bergstrom, now 25, competed on the show. Jason was eliminated during the city finals, while Danny made it to the national finals in Las Vegas.

Now the two youngest Bergstroms, Caleb and Caitlyn, known as the Baby Bergis, are competing on the show.

Both made it through the city qualifying rounds to the city finals. Their qualifying course runs, which were filmed in Atlanta, aired June 5.

Caleb is the youngest contestant to ever reach the 18-foot high Mega Warped Wall, reaching it on his second attempt for a $5,000 prize.

He’s been drawn to the sport since his father began building obstacles in their backyard, he said. He helped Jason train during those first sessions at their home.

“Something about it feels very natural to me,” Caleb said. “I love it. I’ve never been able to stick with other sports. Not because I’m not good, but because I got bored. With ninja, I wake up every day thinking of new things I can do with it.”

Caitlyn became part of the ninja world nearly a year after her brother.

“He was a big deciding factor of why I got into it,” she said.

In the segment prior to their races airing on “American Ninja Warrior,” she said that she and her brother, as the youngest, had always done everything together – karate, West Coast swing dancing, Akram yoga, and now, ninja competitions. She’s also proud to “carry on the family tradition.”

Though the city finals have already been recorded, fans of the Bergstroms and “American Ninja Warrior” will have to wait to find out how Caleb and Caitlyn did until the episode airs later this summer.